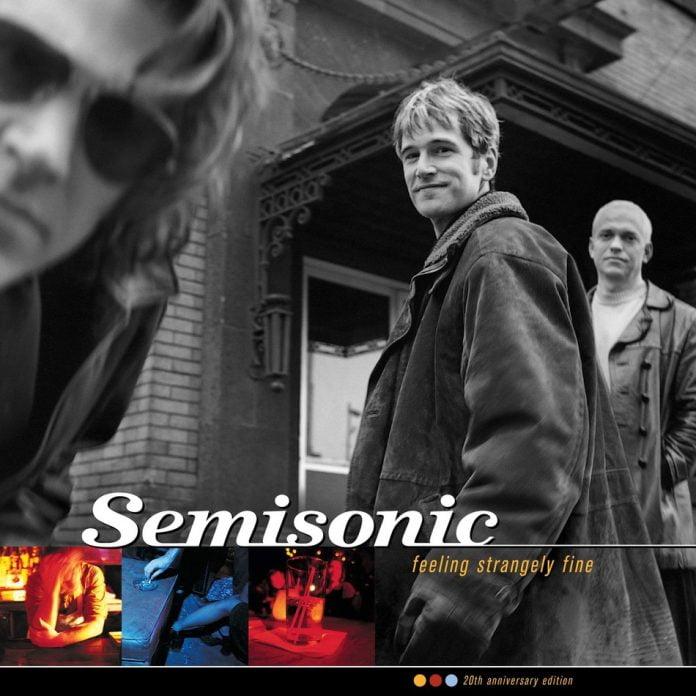 To celebrate the 20th anniversary of their seminal album Feeling Strangely Fine, Semisonic will release a deluxe edition reissue of the record on October 19. The album will be released on deluxe edition CD and digital, as well as a limited edition gold vinyl pressing, which marks the first time ever a Semisonic album has been pressed to vinyl LP.

Today, Semisonic shared a previously-unreleased demo of “Closing Time” giving fans a glimpse into the evolution of the song. The Grammy-nominated, final version of “Closing Time” appears on the upcoming release out October 19.

“When I started writing songs for the album that would become Feeling Strangely Fine, John Munson and Jake Slichter and I were living in South Minneapolis. I had decided a while back that my best songs were about me and the people I loved or admired and our adventures and troubles, and the new songs really reflected that ideal. I was writing about our lives,” reflects Dan Wilson. “I remember telling Jake I wanted to make a record that had the folk music simplicity of Simon & Garfunkel but also the loudness of U2 and Nirvana. I wasn’t thinking that these songs would become the soundtrack for so many people’s lives. We definitely weren’t thinking that these songs would still be played on the radio 20 years later.”

Last year, Wilson released Re-Covered, a unique album that finds the Grammy-winning songwriter reinterpreting songs from his storied career that he wrote for and with other artists.