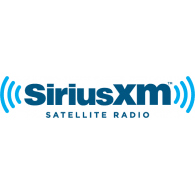 SiriusXM joined with Azoff Music Management, the Recording Industry Association of America (RIAA), and the National Music Publishers Association (NMPA), to announce an agreement on the Music Modernization Act. The changes build upon existing language to confirm in law that artists will receive 50% of performance royalties from SiriusXM for pre-1972 sound recordings, and confirm that the existing sound recording royalty rate for satellite radio will remain in place unchanged until 2027, an additional five year period.