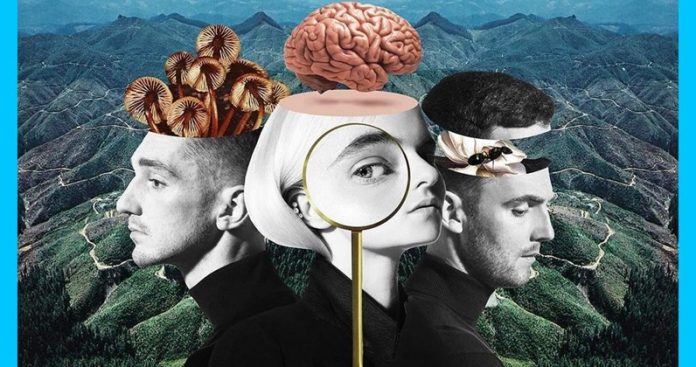 Clean Bandit are delighted to announce details of their second studio album ‘What Is Love?’, confirmed for release on 30th November 2018. The LP is available to preorder now.

The band’s cellist, Grace, commented – “The album looks at many different kinds and stages of love. We’ve been making it over three years, during which time we’ve all experiences love in our lives in different ways and, some of us, heartbreak too. Somehow this is all expressed in the music: brotherly love; family love; romantic love; crazy all-consuming love; the pain of love turning into something different or dishonest; and, of course, in ‘Rockabye’, unconditional motherly love. It explores the sacrifices we all go through for love and for each other, even when it is difficult. It’s been such an honour to write and record with all of the amazing singers and musicians involved in the record. We made the songs all over the world, mainly in North London and LA – some lines were even recorded in a bathroom in Uganda! We really hope that everyone will find tracks on this album to identify with and we can’t wait to share it with you.”

Breaking through to the mainstream in 2014 with their mammoth 12 million-selling and GRAMMY-winning single “Rather Be”, the pioneering 6 x BRIT-nominated trio have paved the way in the global pop scene with their matchless blend of classical, electronica, pop, dancehall and R&B, proving themselves as a force to be reckoned with in the charts across the globe. One of the most successful and in-demand collectives of the century, Clean Bandit have sold over 40 million singles worldwide and accumulated over 10 billion streams and 3.5 billion YouTube views to date! Not to mention their cutting-edge self-directed official music videos that have further propelled the band as an unparalleled creative force. In their native UK, “Solo” feat. Demi Lovato [the band’s latest single] not only marked Clean Bandit’s fourth UK No.1, but their ninth UK Top 5 and seventh consecutive UK Top 5 that saw them land the most consecutive Top 5 records, from any artist, since Girls Aloud in 2005 and the same amount of UK No.1’s as Justin Timberlake, One Direction and Lady Gaga. The trio’s 2016 UK Christmas No.1 “Rockabye” continues to hold the record as the longest-running UK No.1 in 24 years for a UK band, surpassing Wet Wet Wet’s “Love Is All Around”.

‘What Is Love?’ tracklisting