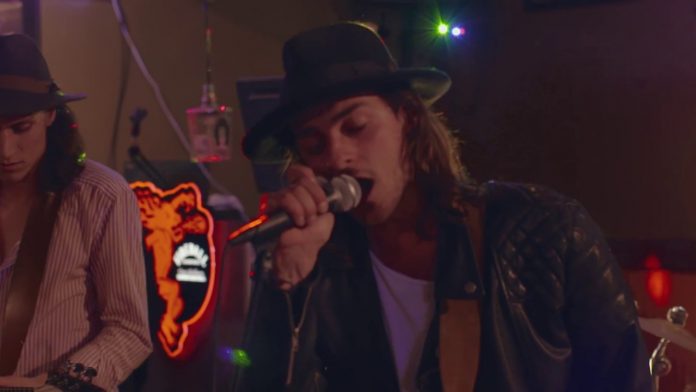 Hailing from all corners of the globe, The Wilderness was formed in 2015 after a chance encounter between the original members at an open mic in Kingston. After just a single practice together, Jonas Lewis-Anthony, Karl Tombak, Sacha Lansky, Henry Lawrence, and Scott Goodwin began seeking out and playing shows in Kingston. Later that year they recorded their debut EP “Sunday Afternoon,” and that Fall hit the road for the first time, playing shows all over both the US and Canada.

In 2018, the group once again grew with the addition of Nicolas Lennox on the Saxophone. In late February of 2018 the band ventured out on tour once again. This time their travels took them far into Northern Ontario, where they very closely avoided crisis multiple times to make it safely back to Kingston. Along the way they were joined by French filmmakers Celine Klein and Lucile Memin, who filmed the entire tour for a documentary to be released later in 2018.

The group has just released their Dancing in the Dive Bars and it’s a mighty tune! Dancing in the Dive Bars tells a story of the joy that can be found in life’s struggles. The band writes, “Sometimes the world throws challenges at you that may seem insurmountable. The end of the month arrives, and the $33.65 in your bank account won’t cover the rent. But you still have your friends, and you still have your favourite local bar. And together you all traipse out to the town, and dance away your issues till tomorrow.”