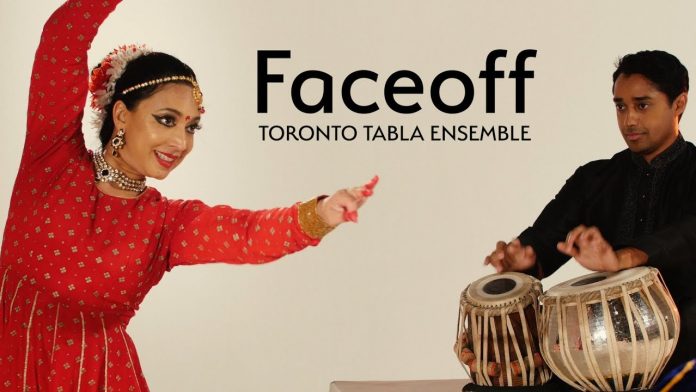 Toronto Tabla Ensemble (TTE) is a non-profit charitable organization and performing band led by Artistic Director and tabla master, Ritesh Das, who created the ensemble to share the depth and excitement of Indian classical music, culture, and history with audiences all over the world.

They released their video for Faceoff back in September, and it’s below!

When TTE was founded in 1991, the tabla was rarely seen on the Canadian stage. Since then, Ritesh Das’ ground breaking approach to composition has brought the instrument and his Ensemble to the mainstream public through regular concert series in Toronto and collaborations with genres including Japanese Taiko, Celtic music, Spanish Flamenco, rock and roll. TTE has toured Canada coast-to-coast six times, Australia in 2006, and India in 2011. They have produced three music videos and five albums, including Juno-nominated Firedance. The Ensemble’s original music has been used in numerous films and commercials; in 2003 the Ensemble was commissioned to create the current theme music for CBC Radio’s daily show, Metro Morning.

TTE will be having their sixth album Bhumika release party on November 9 at the Harbourfront Centre. Go here for more information.