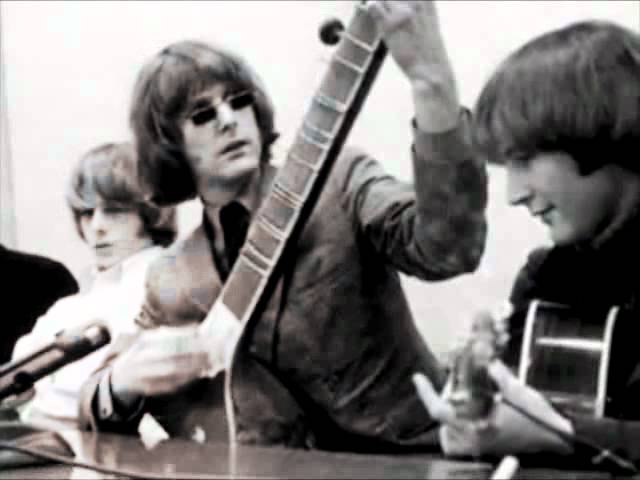 In-studio arguing from a Byrds recording session, as David Crosby nags drummer Michael Clarke to play his part the right way. Whatever THAT means. In August 1967, during the recording sessions for The Notorious Byrd Brothers album, Clarke walked out on the Byrds and was temporarily replaced by session drummers Jim Gordon and Hal Blaine. Clarke had recently become dissatisfied with his role in the band and didn’t particularly like the new material that the songwriting members were providing. However, Clarke continued to honor his live concert commitments, appearing at a handful of shows during late August and early September 1967.