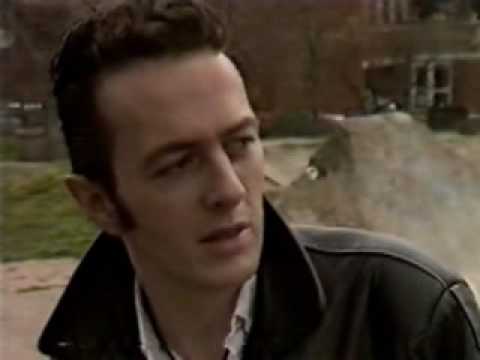 Before the album Combat Rock by The Clash was released in 1982, lead singer and guitarist Joe Strummer went into hiding and the band’s management said that he had “disappeared”. Bernie Rhodes, the band’s manager, pressured Joe to do so because tickets were selling slowly for the Scottish leg of an upcoming tour. It was planned for Strummer to travel, in secret, to Texas and stay with his friend, musician Joe Ely. Uneasy with his decision, Strummer instead decided to genuinely disappear and “dicked around” in France. During this time, Strummer ran the Paris Marathon in April 1982. He claimed his training regimen consisted of 10 pints of beer the night before the race.

In 1999, Strummer discussed his showing at the Paris Marathon of April 1982 with American magazine Steppin’ Out.

Steppin’ Out: Didn’t you once run in the Paris Marathon?
Joe Strummer: Yep. I ran three of them.
SO: Correct me if I’m wrong but is it also true that you never trained for any of them?
JS: You shouldn’t really ask me about my training regime, you know.
SO: Why?
JS: Because it’s not good and I wouldn’t want people to copy it.
SO: Don’t make me beat it out of you.
JS: Okay, you want it, here it is. Drink 10 pints of beer the night before the race. Ya got that? And don’t run a single step at least four weeks before the race.
SO: No running at all?
JS: No, none at all. And don’t forget the 10 pints of beer the night before. But make sure you put a warning in this article, “Do not try this at home.” I mean, it works for me and Hunter Thompson but it might not work for others. I can only tell you what I do.

The Paris Marathon story remains unsubstantiated. But Joe talks about what happened in the video below – the Paris segment begins just after 4:30.