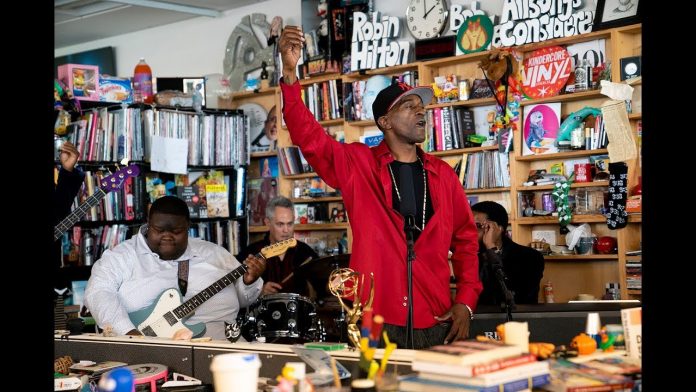 It had been nearly a decade since Rakim released new music, but that drought ended Friday when the godfather of rap lyricism and one half of the revered duo Eric B & Rakim released a new song, “King’s Paradise.” The track was written for Season 2 of Marvel’s Luke Cage, which premiered on Netflix the same day, but it wasn’t entirely new to select NPR staff; they heard it days earlier when the God MC performed at the Tiny Desk.