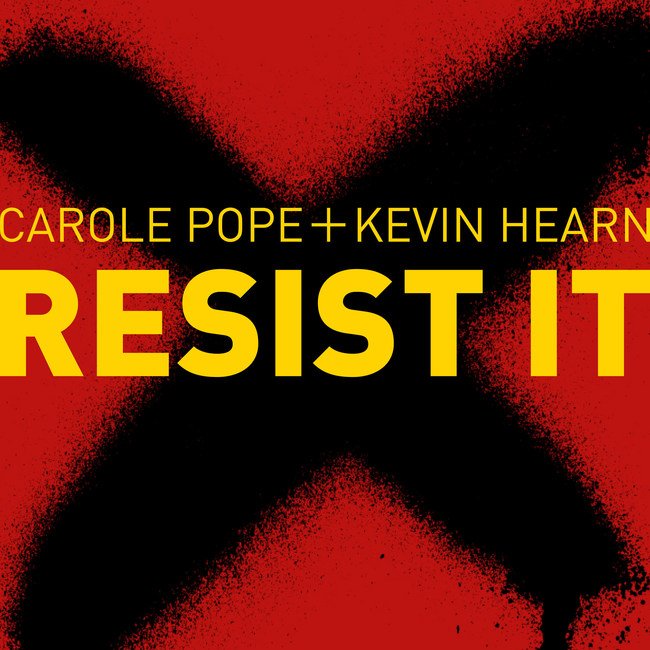 Says Hearn of the collaboration, “Carole and I set out to write a song that pushes back against the daily onslaught of bad news and scandal. We came up with this deadly musical cocktail laced with sarcasm that echoes our anger and frustration. We’re fired up. We hope it can serve as a rousing, uplifting anthem for anybody who is ready to speak up, show up, and stand up for a better, more compassionate world.”

Hearn may be best known as the multi-instrumentalist from Barenaked Ladies, whom he has played with since 1995. In April of 2018, the group was inducted into the Canadian Music Hall of Fame. Hearn has been a regular songwriting contributor to the band over the years. He has also contributed his artwork, most notably on their Juno award winning Children’s record Snacktime!. Along with his longtime band Thinbuckle, Kevin has released seven solo records, most recently the critically acclaimed Days in Frames. One of Hearn’s closest musical relationships was with the late, great Lou Reed, for whom Hearn acted as keyboardist and touring musical director from 2007 up until his passing in 2013.

Carole Pope is an agent provocateur pushing the boundaries of sexuality, sexual politics, and the status quo. Short listed for a 2016 Polaris prize, her work has been recognized with three JUNO Awards, multiple independent music awards, a Genie Award, 4 Gold, 1 Platinum and 1 Double Platinum album.