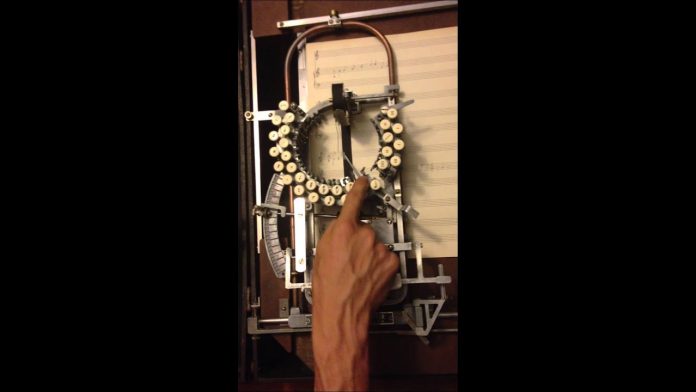 The Keaton Music Typewriter was first patented in 1936 by Robert H. Keaton from San Francisco, California. Another patent was taken out in 1953 which included improvements to the machine. The machine types on a sheet of paper lying flat under the typing mechanism.

Usually only found in museums and private collections, the Keaton music typewriters was marketed in the 1950s and sold for around $225. The typewriter made it easier for publishers, educators, and other musicians to produce music copies in quantity.