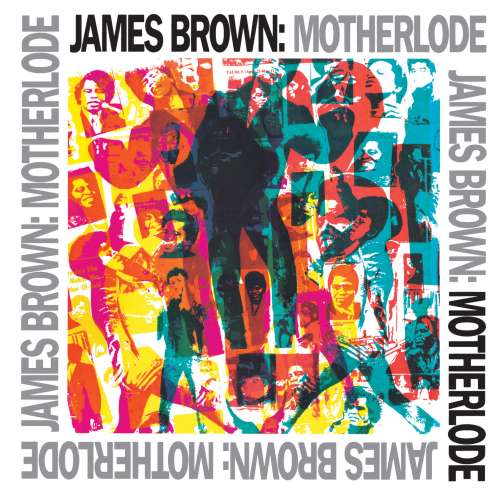 James Brown’s complete, expanded Motherlode rarities collection will make its vinyl release debut on March 8 via Polydor. The classic collection’s new 2LP vinyl release also puts three vital tracks on wax for the first time ever: “I Got Ants In My Pants (And I Want To Dance) (Remix)”, “You’ve Changed”, and the epic 12-minute alternate mix of “Bodyheat”.

30 years into forging his unique groove in music, James Brown was inducted as a charter member of the Rock and Roll Hall Of Fame in 1986. He was then enjoying a double renaissance: riding high on the charts with “Living In America”, his biggest hit in a decade; while on the streets his back catalogue was being rediscovered, sampled and plundered by an international hotbed of DJs, rappers, hip-hoppers and new wave funksters. Honouring Brown’s re-invigoration, Polydor released the collection In The Jungle Groove that year.

Two years later, with samples of Brown’s released classics still thick in the air, came a blast of funk from deep in the vault: Motherlode, released in 1988 with 11 rare and previously unreleased tracks on CD and 10 tracks on a single vinyl LP. Two of the collection’s track debuts were incendiary live cuts, “Say It Loud (Say It Live)”, an outtake from the Sex Machine album recorded in Brown’s hometown of Augusta, Georgia, and, leading off the LP, “There It Is”, a knockout performance from a 1972 show that otherwise did not see the light of day for decades. “Since You Been Gone”, a duet with Bobby Byrd, was an update of their cut “Just Won’t Do Right” from 1956 featuring the young J.B.’s with Bootsy Collins. Two deep-funk instrumentals were also featured, one titled “Funk Bomb” and another so buried in the Godfather’s vault it never received a title.

Three rarities on Motherlode’s original CD release were new in their own way: “She’s the One”, a cover of an old Hank Ballard & the Midnighters single, had just been issued as a single in the U.K. where it cracked the British pop chart’s Top 50; “People Get Up and Drive Your Funky Soul”, originally issued in 1973 as a 3:40 LP cut on the soundtrack to Slaughter’s Big Rip-Off, was remixed and extended to nine minutes; and “I Got Ants In My Pants”, previously issued as a two-part single in 1972, was remixed and issued in full for the first time on the CD, but not included on Motherlode’s original vinyl LP release.

Motherlode’s complete, expanded 13-track edition first debuted on CD in 2003, adding “You’ve Changed”, recorded in Atlanta with the classic James Brown Orchestra in April 1969, and “Bodyheat (Alternate Mix)” with the latter-day J.B.’s in 1976.

Motherlode’s liner notes are by the late Cliff White, the preeminent journalist internationally recognized for his coverage of the Godfather of Soul. His original notes have been updated for the new 2LP set.