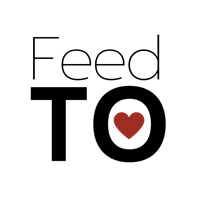 Hannah Alper, 16-year-old blogger, author and youth activist will be hitting the streets of Toronto for the first time since her successful FeedTO launch in 2015 to give back to those in need during these cold winter months.

Hannah will officially launch the 2nd edition of FeedTO with a day-long event starting in the early-morning hours on Monday, February 11, 2019 – the week of Valentines Day, the week of love – at the corner of Yonge and Dundas and travel along the area of Yonge and College, Bathurst and Bloor, and Dufferin and King to hand out care-packages filled with meals, snacks, gloves, socks, toiletries and dog food. She will be posting on her social media accounts throughout the day to encourage others to do the same through the cold weeks ahead and beyond for Toronto’s homeless and most vulnerable people.

“FeedTO grew out of the notion that giving back starts close to home and that to strengthen our communities, we need to give where we live,” says Hannah. “I love that at the touch of our fingertips, we can share what we’re passionate about and what we’re doing. I’m going to use it as an opportunity to showcase the power of social media for social good. I’m using the hashtag #FeedTO as a call-to-action. I’m looking forward to sharing what I’m doing, but also to raise awareness about homelessness and to inspire other people to carry out similar acts of kindness.”

The project is spearheaded by Hannah and supported almost entirely by corporate donations, including items from Canadian Tire, A&W, PetSmart, KIND Snacks, with homemade cookies and sandwiches made by Hannah herself.

At the age of nine, Hannah launched her blog, Call Me Hannah, to share her growing concern for the environment and wildlife and show that small, everyday actions by everyday people can lead to big change. Now 16 years-old, she has emerged as activist, an impassioned public speaker and author of her book, Momentus: Small Acts, Big Change (November 2017). She uses her voice to motivate and empower people of all ages to identify their passion and take action for a better world.

“Homelessness is something that I have seen in every big city I have been to. I know it’s not just a local issue, it is every local’s issue. And while it is on the agenda of every local city council, it is a deeply personal circumstance for each and every person that is out there. FeedTO is about more than recognizing the issue of homelessness – it’s about recognizing the people experiencing it. I cannot give them a bed, a roof over their head or a job, so I am setting out to give them what I can.”