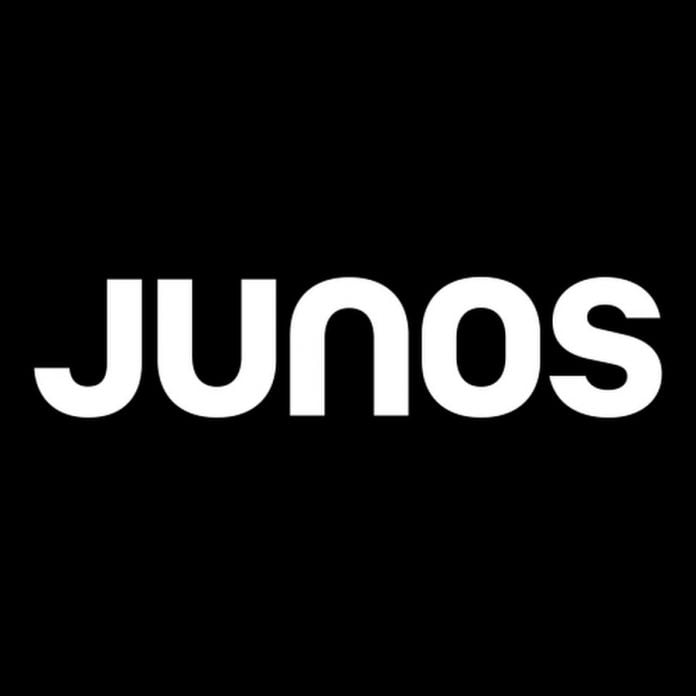 Molly Johnson’s Meaning To Tell Ya is nominated for Adult Contemporary Album of the Year. This is Molly Johnson’s sixth JUNO Award nomination, with one previous win. Singer/songwriter Molly Johnson has long been known as one of Canada’s greatest voices, both in jazz and her extensive philanthropic work. Signed for stage work at school-age in the mid-60s by legendary producer Ed Mirvish, Molly went on to front everything from a disco band to a funky art rock group before embarking on a parallel career in the jazz sect. It wasn’t until the 90s when her solo efforts would lead her down an irrefutable path of next-level greatness, including five JUNO Award nominations and a win for 2009’s Vocal Jazz Album of the Year with Lucky.

Colin James’s Miles To Go is nominated for Blues Album of the Year. This is Colin James’ 18th JUNO Award nomination, with six previous wins. 19 studio albums and appearances aplenty have elevated Colin James to be among Canada’s most recognizable household names. Of the JUNO Awards specifically, he’s been the recipient of six in the last 30 years; Most Promising Male Vocalist of the Year (1989), Single of the Year for “Just Came Back” (1991), twice as Male Vocalist of the Year (1996, 1998), Best Blues Album for National Steel, and Best Producer for Let’s Shout; C’mon With The C’mon.

Myles Goodwyn and Friends of the Blues is nominated for Blues Album of the Year. This is Myles Goodwyn’s fourth JUNO Award nomination. Myles Goodwyn’s voice is as distinctive and immediately recognizable as his songwriting skills are prolific. The singer, guitarist, writer, producer — not to mention leader of the multi-Platinum selling rock band and inductee into the Canadian Music Hall of Fame, April Wine — he is considered a living music legend. Myles’ passion for the blues began in 60s, but the songs he wrote weren’t ever going to appear on an April Wine album. Instead, Myles saved them for the blues album he knew he was going to make, this album being its result. Some of the Friends joining Goodwyn on the release are; Jack de Keyzer, Garret Mason, David Wilcox, Amos Garret, Kenny “Blues Boss” Wayne, Joe Murphy, Frank Marino, Shaun Verreault, Bill Stevenson, Rick Derringer and more. Myles Goodwyn and Friends of the Blues shows, yet again, that Myles Goodwyn is not only a gifted rock musician, and a real blues man at heart.

The Wailin’ Jennys’s Fifteen is nominated for Traditional Roots Album of the Year. This is The Wailin’ Jennys’ fourth nomination, with two previous wins. Folklore will always spin the tale around their “happy accident” of a start, but the continuous rise of The Wailin’ Jennys continues to suggest everything happens for a reason. The multi-award winning, chart-topping trio gleam two previous JUNO Award wins on their shelf for Roots and Traditional Album of the Year, including their debut release 40 Days (2005), and Bright Morning Stars (2012).

Internationally acclaimed pianist and composer Andy Milne has received a 2019 Juno Nomination for his new album The Seasons of Being. Backed by his genre-crossing, critically acclaimed quintet Dapp Theory, The Seasons of Being explores the body, spirit and mind on music, channeling the diagnostic principles of homeopathic healing to captivate the emotional characterization of each improvising musician. The album was released on Sunnyside in September, 2018 and is currently nominated for Best Group Jazz Album. This is Milne’s first Juno nod and the announcement comes on January 29, the pianists’ birthday.

Pharis and Jason Romero’s Sweet Old Religion is nominated for Traditional Roots Album of the Year. This is Pharis and Jason Romero’s second JUNO Award nomination, with one previous win. Singing vibrant duets, writing deadly songs, playing handmade banjos and old acoustic guitars, Pharis & Jason Romero have a classic story. They’ve released six records, toured North America and the UK, won a JUNO Award, multiple Canadian Folk Music Awards, been featured on NPR Music, CBC, BBC, and Folk Alley, and have performed on A Prairie Home Companion and CBC’s The Vinyl Cafe. Sweet Old Religion is an all-original record that embraces the listener with the sounds of over a decade of playing and listening together. It won Traditional Singer and Vocal Ensemble of the year at the Canadian Folk Music 2018 Awards, was the #1 most played record of 2018 on Stingray Folk-Roots, and included on Best of 2018 Lists including No Depression, Folk Alley, CKUA, Radio Heartland, Folk Roots Radio, Front Porch Bluegrass, KPFA, KHUM, KBCS and more. Light, love and time lead the themes, with the duo at the forefront in their most beautifully gritty, honest and sweet record yet.

Stephanie Nhan (Beppie) is a an award winning music teacher and Juno nominated recording artist who lives and works in Edmonton, Alberta. Stephanie has a Bachelor of Arts in Music from Concordia University in Edmonton and has recently completed her Orff Level 1 from the University of Alberta. She has studied extensively through the Royal Conservatory of Music and has been teaching for almost twenty years.

Kevin Breit’s Johnny Goldtooth and The Chevy Casanovas is nominated for Instrumental Album of the Year. This is Kevin Breit’s third JUNO Award nomination. Known for his inimitable guitar playing, exquisite lyrics and eccentric performances, Kevin Breit is a humble Canadian treasure. With multiple awards including a Maple Blues Award, Gemini Award, National Jazz Award, and Canadian Folk Music Award, as well as for his work on albums that have a collective 10 GRAMMY Awards, Kevin’s unparalleled creativity is infinite. The JUNO Award nominated 11-track instrumental Johnny Goldtooth and The Chevy Casanovas was released on Stony Plain Records, and features his interpretations of a mythical character in a twang world.

Exco Levi’s Narrative is nominated for Reggae Recording of the Year. This is Exco Levi’s seventh nomination, with five previous wins. Pop trivia: did you know five-time JUNO Award-winning Exco Levi sits at the helm of “best winning percentage” in the history of the prize? Compared to Anne Murray (52 nominations : 24 wins) and Celine Dion (72 nominations : 20 wins), Exco has won as many of the coveted Canadian awards as David Foster, Liona Boyd, and Glass Tiger, and more than Joni Mitchell, Kari, Deadmau5, and the Arkells. His five year sweep across six years includes Reggae Recording of the Year for Bleaching Shop (2012), Storms of Life (2013), Strive (2014), Welcome the King (2015) and Siren (2017).

Diana Panton is a two-time JUNO Award winner (2017 and 2015) and double SILVER DISC Award Winner in Japan. Her albums made Downbeat Magazine’s Best of 2017 and 2016 with four-star reviews. Her latest release, solstice/equinox, was a Downbeat Editor’s Pick in 2018. Panton’s previous release debuted at #8 on Billboard. Her music has topped Amazon.com’s Movers and Shakers Chart, iTunes.ca/com, HMV Japan and Hong Kong, Eslite and Books.com in Taiwan. Upon its release in Asia, solstice/equinox went to #1 in both HK and Taiwan and finished second in year-end sales in Taiwan. The album’s conceptual theme is about the changing seasons and is underscored by varied instrumental tonal colours as contributed by Canada’s finest musicians, including three Order of Canada recipients: Guido Basso, Phil Dwyer and Don Thompson, as well as four-time National Jazz Guitarist, Reg Schwager. Wholenote Magazine noted this communal effort “sounds not like a collection of hired musicians, but rather like a working jazz group that exhibits sympatico and a shared investment in the music heard here.” With songs performed in both English and French, solstice/equinox was selected by ICI Musique, Radio Canada as one of the top albums of the year.