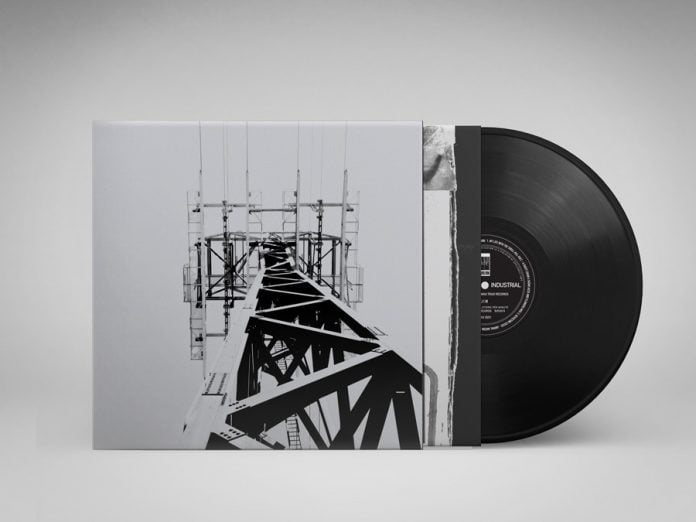 Throughout the 70s, 80s, and 90s, Wax Trax! founders Jim Nash and Dannie Flesher led a tribe of outsiders on a ride through the 80s underground, accidentally changing music along the way. Their story, as well as origins for some of the most influential projects in music, are finally seeing light with the release of Industrial Accident: The Story of Wax Trax! Records. The documentary directed by Julia Nash, daughter of co-founder Jim Nash, explores the life and legacy that pioneered an emerging underground scene – industrial dance music. The film features interviews with the likes of Trent Reznor, Dave Grohl, Ian MacKaye, Jello Biafra, Cosey Fanni Tutti, Al Jourgensen, Franke Nardiello, Chris Connelly, and so many more.

A wide release for the documentary is set for April 16 on DVD and Blu Ray with VOD to follow. As a companion piece, Wax Trax! has compiled 10 tracks of unreleased, out of print and classic songs from essential Wax Trax! artists including Front 242, Ministry, KMFDM and more. In typical Wax Trax! fashion, collectors will be able to get their hands on special editions with additional exclusive unreleased material including answering messages from the label, photos and mystery bonus tracks. As a special collaboration, Wax Trax! has partnered with Record Store Day for an exclusive RSD edition available early on April 13. More info on editions can be found below.

As a special fan preview, Wax Trax! is thrilled to cue up an unreleased song from the upcoming soundtrack. Listen to label mainstays Revolting Cocks (side project of Al Jourgensen, Luc van Acker, and Richard 23 of Front 242) and the throbbing “Animal Nation” when you join the party at 1-833-WAX-TRAX – eyeliner and leather sold separately.

At the center of Wax Trax! Records are two music-obsessed men and their taboo love affair. Jim and Dannie’s unconventional approach to subculture had a profound effect on music fans and collectors from around the world. After releasing their first recording in 1980, the label immediately became synonymous with a new genre known as “industrial.” Throughout the documentary, key artists from pioneering bands including Bauhaus, Nine Inch Nails, Front 242, Ministry, Foo Fighters, and Throbbing Gristle describe getting their start or their influence with Wax Trax!. The independent label’s success throughout the 1980s and 1990s started to pique the interest of major record companies, initiating the heartbreaking downward spiral that almost buries the origin of US electronic music forever.

In 1972, Topeka, KS native Jim Nash met Dannie Flesher in local Gage Park, a notorious spot for gay cruising. Soon after, Jim would leave his wife and two children for Dannie and start a complex 25-year climb that would redefine the art and music underground of the 80s and 90s.

Escaping from the tightening Bible Belt in 1974, Jim and Dannie initially touched down in Denver, Colorado. Obsessed with music, the two opened a tiny record store that focused on UK glam and early punk, as well as obscure and experimental music. Born out of Jim and Dannie’s wicked sense of humor and creativity, Wax Trax! Records soon began to overlap Denver’s fringe gay and punk culture into a tight community of outcasts.

Four years later, Jim and Dannie landed at 2449 N. Lincoln Avenue in Chicago. Wax Trax! Records quickly became the center of a budding Chicago art and music underground during the fertile early 80s. The independent record store became an important place for devout music fans and became legendary to collectors and artists throughout the US. Building a counter-culture, Jim and Dannie became parents to a family of ever-growing group of nonconformists.

In 1981, Wax Trax! Records used the store’s success as fuel to begin producing small pressings of records for their own small retail outlet. The label’s momentum grew quickly and throughout the 80s and 90s, and for the first time, artists began to overlap unrelated genres of dance, punk, metal, and gay culture under the Wax Trax! imprint. Jim and Dannie went on to produce and mentor a family of electronic and experimental pioneers who would end up accidentally carving out a new music genre. The label was known around the world for pushing music to a much more aggressive and darker place in club culture. Although there wasn’t a master plan, the Wax Trax! contribution and influence to what has now become known as “industrial dance music” cannot be overstated.

In the early 90s, at the peak of the Wax Trax! commercial success, unusual circumstances combined with Jim and Dannie’s “fast and loose” approach to business led the label to crumble from within. The painful sequence that followed left Jim and Dannie without many of their key artists, forcing them to sell Wax Trax!. During this move, the literal last nail in the coffin was the discovery that they were both HIV positive. Jim passed away in 1995 of AIDS and Dannie was fired by the new Wax Trax! Owners in 1999. The label was discarded, abandoned, and largely forgotten.

In 2010 after the passing of Dannie, Jim’s daughter Julia Nash recused the forgotten Wax Trax! archives and the entire visual history of the store and label from a rural barn in Arkansas.

This film not only details the bizarre path and timeline of two men pushing music, art, and counter culture forward, but also an intimate peek behind the curtain of dysfunction and chaos that fueled a brilliant rise to the indie top as well as reasons behind the tragic demise of the Wax Trax! store and label.