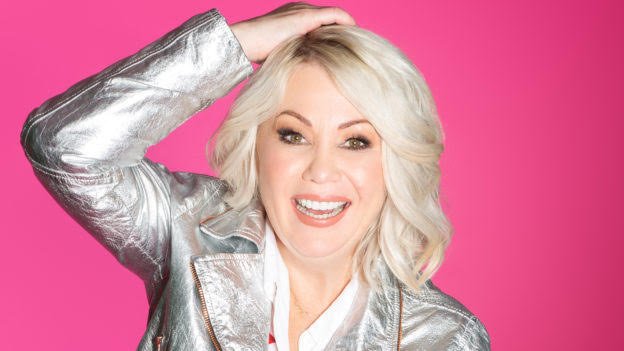 While Jann Arden is as talented as ever, in the world of JANN (the series), she’s no longer the household name she once was, and is now dealing with the harsh reality that her former music career is slowly fading away. She plays corporate gigs and community events, like the local farmer’s market, and to make ends meet, Jann lives in the guest house on her own property, while renting out her actual big home to other, more successful people.

The series follows fictional Jann and her somewhat desperate (and hilarious) struggle to find a new audience. To get what she wants, she’ll take career advice from both her old-school manager, and a new manager who wants her as a client — a slick hipster who has fresh ideas that are scary to anyone older than 26.

As Jann is on her quest for renewed fame, she’s also dealing with obligations and pressures from her ‘real’ life. Her mom is beginning to show signs of memory loss and needs someone to look out for her. Her sister is newly (and angrily) pregnant and needs support too. Plus, Jann’s recent ex is moving on, and they’ve committed to being friends…though Jann is still hoping for more. Can Jann stage a comeback and be there for the people who love her?

“I have never been this excited about any other project in my life,” said Jann Arden. “This has been such a rewarding experience, working with the most talented actors in the business, and the most accomplished filmmakers, writers and producers. I think the show is hilarious and heartwarming all at once and I think all of my fans will truly enjoy the show and everything it has to offer.”

On the series premiere of JANN titled “The Big House” (Wednesday, March 20 at 8:30 p.m. ET/PT on CTV, CTV.ca, and the CTV app), musician and former star Jann Arden is having a rough week in both her career and personal life. Her loyal manager screws up her chance at a huge gig, and her ex has decided to move on and see someone else. Things seem to be looking up when a slick new manager comes into Jann’s life, promising to reinvigorate her career. But that might prove challenging now that her mom, showing early signs of memory loss, is moving in with her. The episode is directed by Ron Murphy (WYNONNA EARP, TRAILER PARK BOYS) and guest stars Leslie Feist.