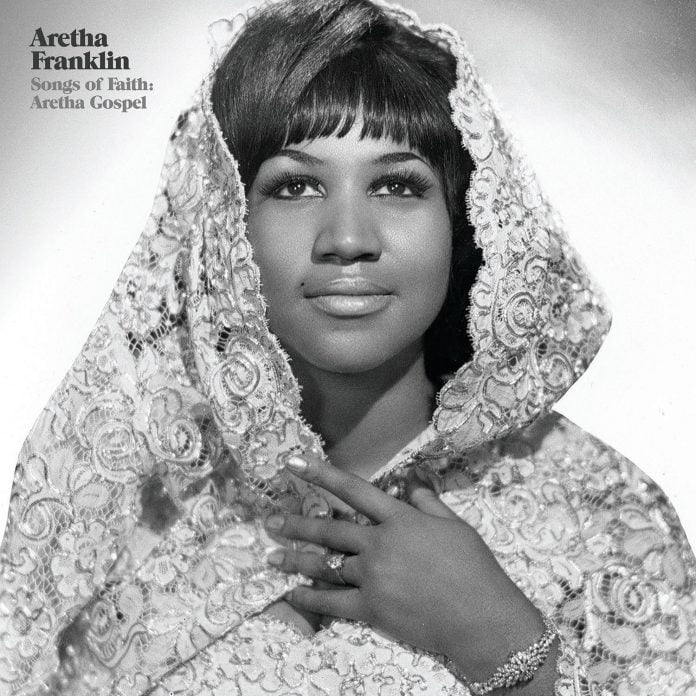 Universally hailed as the Queen of Soul, the late Aretha Franklin is one of music’s most beloved icons. In celebration of Franklin’s timeless, brilliant legacy, Geffen/UMe has restored her earliest recordings, collectively known as the album Songs Of Faith: Aretha Gospel, for worldwide black vinyl LP, limited edition white vinyl LP, and digital reissue on March 22, just ahead of her 77th birthday on March 25. Recorded live in 1956 at Detroit’s New Bethel Baptist Church when Franklin was just 14 years old, the album showcases her prodigiously powerful, other-worldly renditions of gospel standards.

This newly restored and remastered edition of Songs Of Faith: Aretha Gospel returns the album to vinyl for the first time in decades, with striking new cover art, a new essay by Aretha Franklin biographer David Ritz, and a detailed history of the tracks’ various releases.

In 1956, when the album’s tracks were recorded at New Bethel Baptist Church, Aretha Franklin was a 14-year-old gospel singing sensation. She performed, accompanying herself on piano, as the opening act for her celebrated father, Rev. C. L. Franklin, whose recorded sermons were million-sellers. Aretha’s performances were first issued as singles in the 1950s, followed by LP releases by Chess/Checker.

Rolling Stone writer Mikal Gilmore revisited the legend’s star-making performances at New Bethel Baptist Church in his Aretha Franklin cover feature for the magazine’s October 2018 issue, writing, “…before an open microphone, her vocals took on an incorporeal quality — world-weary and mystical at the same time. As Aretha wailed ‘Precious Lord,’ a listener in the audience called out, ‘Listen at her!’ A great career in the gospel world was there for the wonder child’s taking.”

Side Two
1. The Day Is Past And Gone
2. He Will Wash You White As Snow
3. While The Blood Runs Warm
4. Yield Not To Temptation