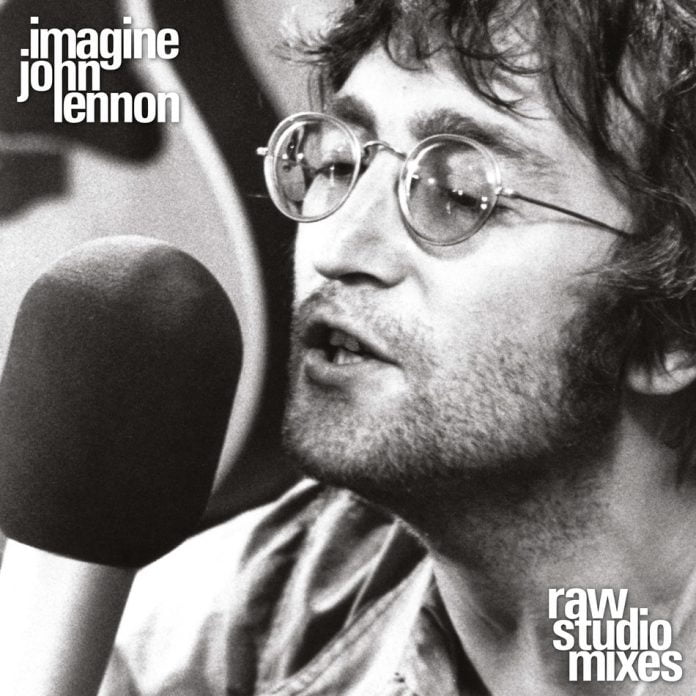 One of the many highlights of John Lennon’s Imagine – The Ultimate Collection, the immersive and intimate super deluxe edition of his legendary solo album, released this past October on what would have been his 78th birthday, were the Raw Studio Mixes. Helmed by engineer Rob Stevens under the supervision of Yoko Ono Lennon, these aggressively visceral and emotionally touching mixes capture the exact moment Lennon and The Plastic Ono Band recorded each song, raw and live on the soundstage at the center of Ascot Sound Studios, at John & Yoko’s home in Tittenhurst. The Raw Studio recordings are devoid of the effects (reverb, tape delays, etc.) that were added when co-producers John, Yoko and Phil Spector created the additional layers of production sound and added John’s orchestral arrangements in New York.

The Raw Studio Mixes allow the listener to hear Lennon and The Plastic Ono Band exactly as they sounded when recording the watershed album and are presented as recorded with several songs – “I Don’t Wanna Be a Soldier Mama, I Don’t Wanna Die,” “Gimme Some Truth,” “How Do You Sleep” and “Oh Yoko!” – extending past the final album versions. Of the Raw Studio mixes, CNET exclaimed, “I literally had goosebumps when I heard this music without added reverberation, orchestral strings, and other production bits and pieces. It’s as if I traveled back through time to be present at the sessions,” continuing, “Listening to the Raw Studio Mixes, Lennon’s vocals are so completely naked, they’re startling. I’ve never heard Lennon sound so real, so immediate and full of life, it was a real treat for this Beatles fan. When I closed my eyes, Lennon all but materialized in front of me!” Meanwhile, Billboard described the recordings as “simply the barest, driest version of the music, as if the listener was sitting in with the band,” and NPR Music enthused, “What is so striking about this recording is its starkness. Here you have John, sans the voice doubling he loved so much, none of the Phil Spector strings that shaped much of the character of the release we all came to know in 1971.”

These mixes have been pressed in the original album sequence appearing for the first time on vinyl.