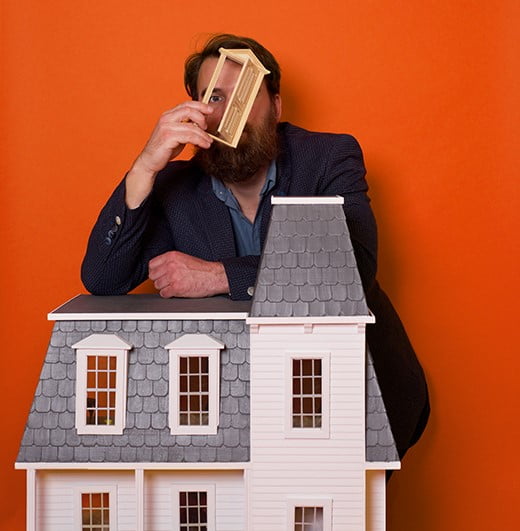 The track’s layered lyrics and embracing sound land like the comfort food of music and coziness of a patchwork quilt, and have received early support from CILU, Bandrec, Two Story Melody, Stopify, and more.

“It’s a very personal song I wrote just after turning 30,” Kulmala shares. “The further I get away from childhood, the more I find myself looking back on it. It’s about how time ahead is seemingly infinite, and the time behind was only a moment.

“The second verse is about a recurring dream I had anytime I was sick while I was growing up,” he confides. “In the dream, I found myself in a desert and there were scattered stones and boulders all around me. Although I never knew why, the objective was clear: I had to build fortification.

“The biggest boulders could be moved with ease, but the smallest pebbles wouldn’t budge. I always joke about how big a revelation that is for a fevered child to have and, as a minimalist, it seems quite fitting.”

Having played in varying bands in a variety of genres over the years, his new iteration in My Father’s Son is a pared-away embodiment of lived experiences — both musical and personal. “Ribbon In The Wind” and the forthcoming album at large poetically create an emotionally complex set of subdued, reflective songs.

For this, his sophomore release — and with tracks recorded, and ‘set on ice’ over a two year period until they were ready — an April debut of the first single off The Greatest Thaw is a nod to the album at large. “The title track from the album was written on a bench, beneath a towering willow tree in the Montreal’s Botanical Gardens in April 2017,” Kulmala recalls. “I wanted to capture the feeling of rebirth, the payout for persevering through another harsh Canadian winter.

“I am always filled with excitement and hope while winter shifts to spring,” he continues. “Paul Meadow’s string arrangement captures this feeling, much like the strings in Vivaldi’s “Spring” in his masterpiece, The Four Seasons. The Greatest Thaw speaks to struggles in everyday life: the simple joys of childhood, heartbreak, depression, coming of age, perseverance, and love.”

From festivals to living rooms, and everything in between, My Father’s Son has shared the stage with the likes of Ben Caplan and the Casual Smokers, Dylan Menzie, Joey Landreth, Craig Cardiff, NQ Arbuckle, Zachary Lucky, Rachel Beck, Belle Star, SloCan Ramblers, Carl Dixon (April Wine, The Guess Who), Damhnait Doyle, Skydiggers, and more.

“Ribbon in the Wind” is available now. The Greatest Thaw is set for release June 2019.