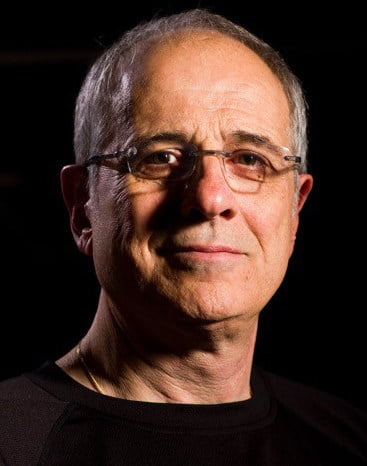 The Canadian Journalism Foundation (CJF) is pleased to announce the appointment of Bob Ezrin, the legendary music and entertainment producer and entrepreneur, to its Board of Directors.

“Bob Ezrin cares deeply about the state of our national conversation,” says David Walmsley, CJF chair and editor-in-chief of The Globe and Mail. “His accomplishments across the cultural scene speak for themselves, and we are proud to have attracted someone as passionate, talented and determined as Bob to our Board to ensure journalism flourishes in this country.”

For his part, Ezrin says: “Our fate as a civilization depends more now on a free and principled press than on any other institution. With so much being done in both the foreground and the background by governments, multinational corporations and powerful entities and individuals that can impact the entire world, we absolutely require the watchful eye of an unfettered press to help to keep them all honest, and when necessary to expose any improprieties.”

He is a co-founder of The Nimbus School of Media Arts and Wow Unlimited Media Inc, both in Vancouver.

Says Ezrin: “I worry now that, with all the unverified and sometimes completely fabricated information being disseminated via both new and old media, the truth is harder for the general public to recognize. And that is why it is more important than ever to promote and celebrate true journalism and to rebuild the trust that has been eroded in the misinformation age.”

Founded in 1990, The Canadian Journalism Foundation promotes, celebrates and facilitates excellence in journalism. The foundation runs a prestigious awards and fellowships program featuring an industry gala where news leaders, journalists and corporate Canada gather to celebrate outstanding journalistic achievement and the value of professional journalism. Through monthly J-Talks, a public speakers’ series, the CJF facilitates dialogue among journalists, business people, academics and students about the role of the media in Canadian society and the ongoing challenges for media in the digital era. The foundation also fosters opportunities for journalism education, training and research.