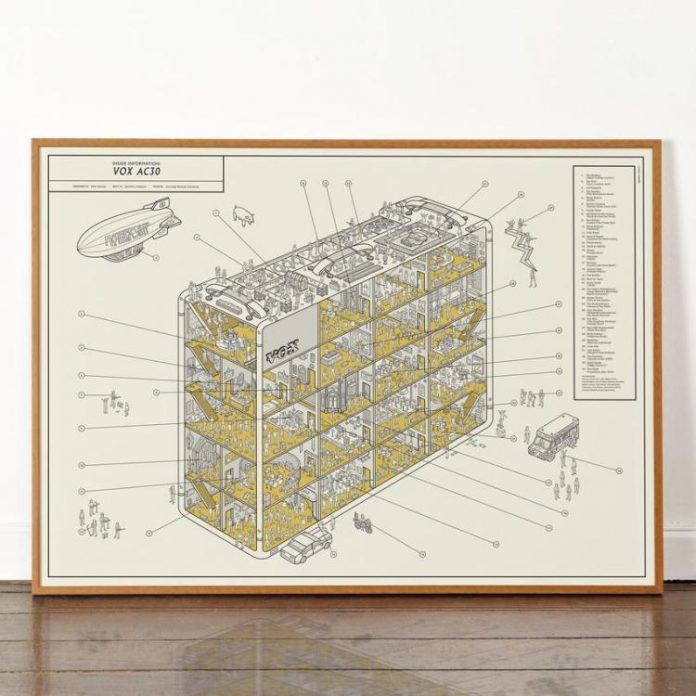 Released in 1959 to meet the demand for louder amplifiers, the Vox AC30 was quickly adopted as the amp of choice for bands like The Beatles, The Kinks and The Stones, helping to define the sound of the ‘British Invasion’ when the popularity of British rock ’n’ roll bands spread to the States. Its appeal has continued through the decades with bands like Queen, U2, The Smiths, Oasis, Blur, Radiohead, Arctic Monkeys all counted as loyal Vox fans.

Dorothy’s new cutaway print celebrates some of the greatest moments in Rock ’N Roll history, all hidden inside this iconic guitar amp.

You can get this stunning print here. 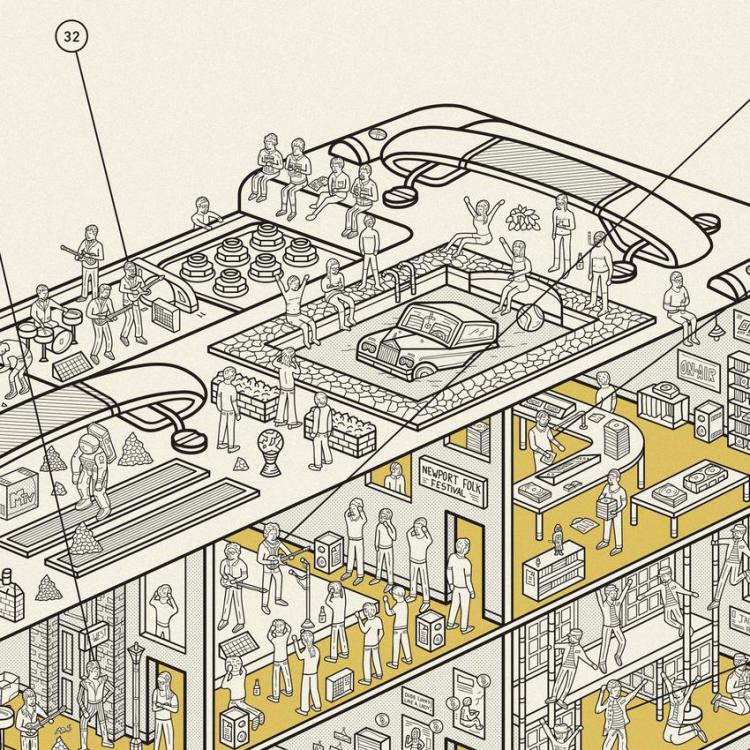 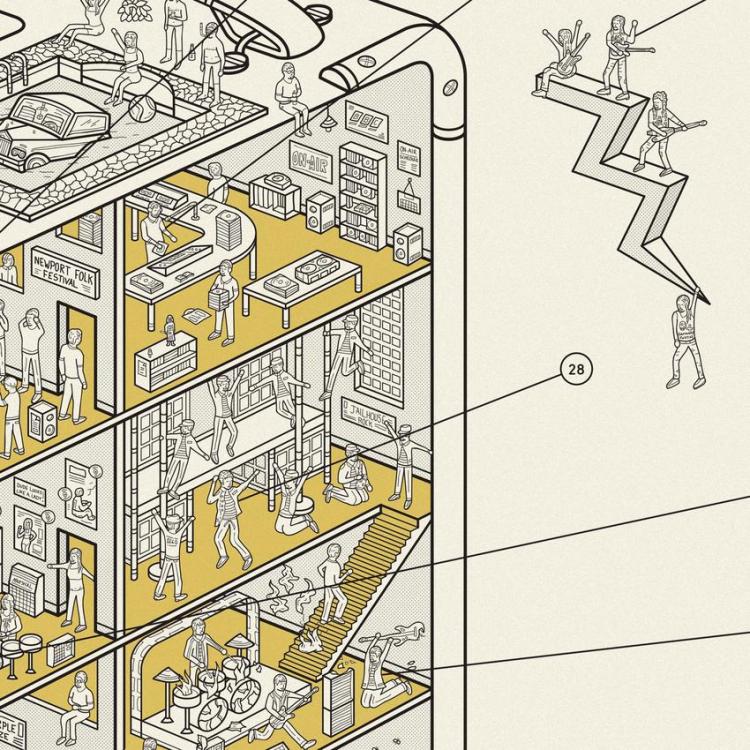 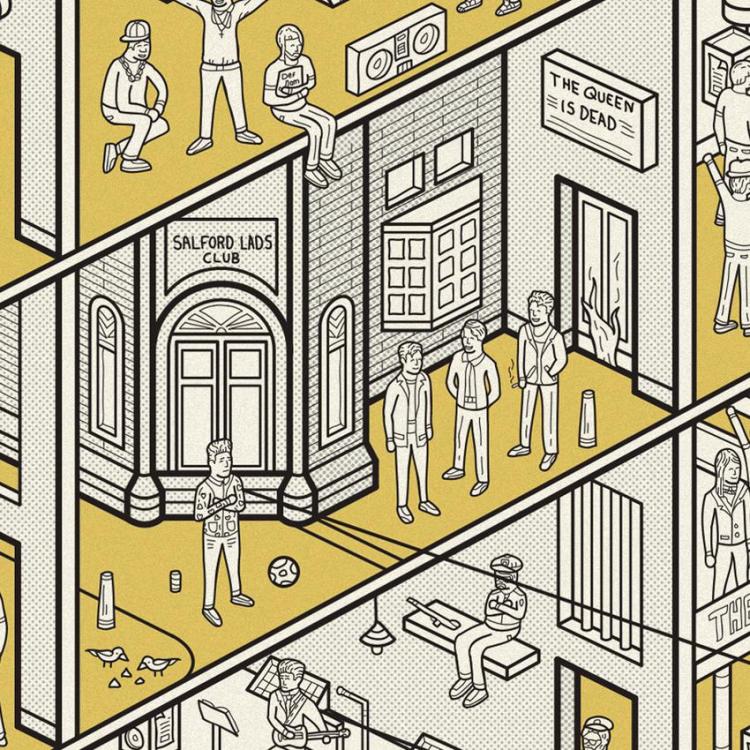 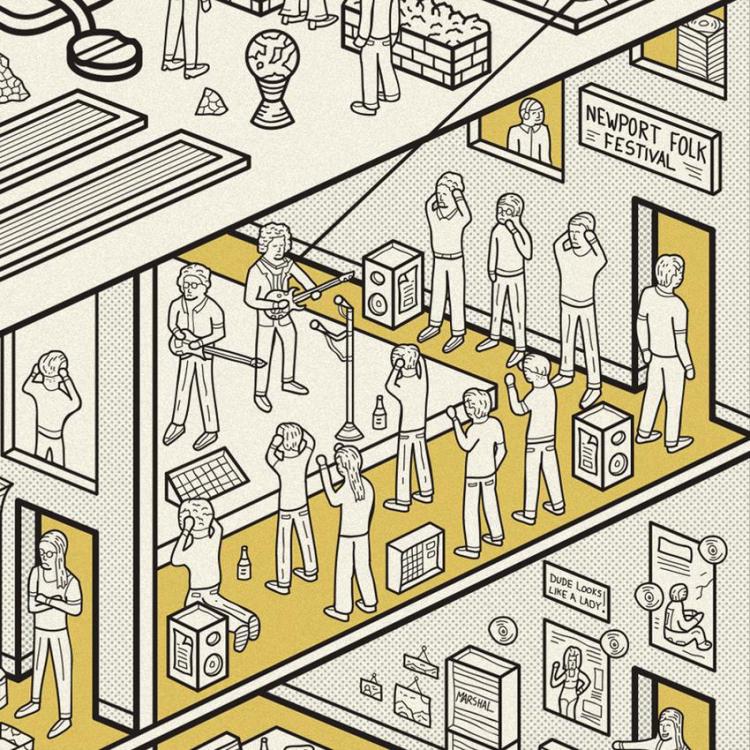 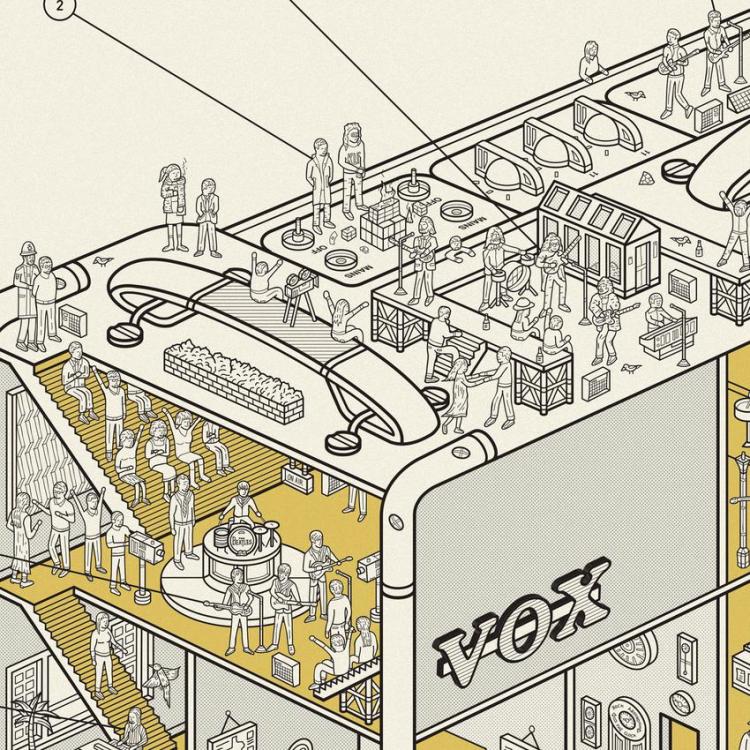