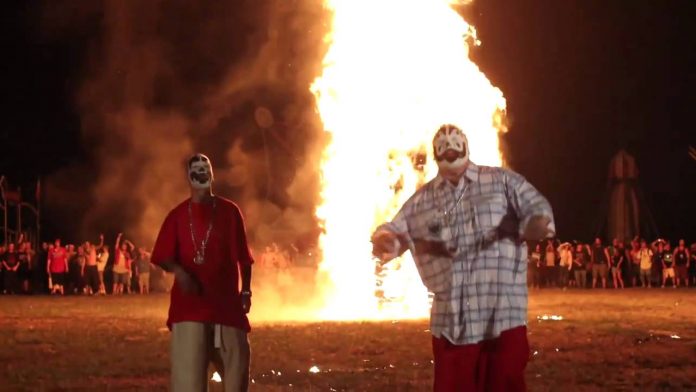 It’s been over eight years since the FBI’s classification of Insane Clown Posse’s fanbase called Juggalos as a gang, and is one of the stranger moments in recent music history. Since then, there have been numerous legal challenges and even a march on Washington, DC in an attempt to protest the FBI gang designation of those who engaged in “sporadic, disorganized, individualistic” crimes including “simple assault, personal drug use and possession, petty theft and vandalism.”

The FBI report in question has now been declassified and available to view below. The report opens with background information on ICP and includes such lines as “Insane Clown Posse can’t get its music on the radio, but claims to have 1 million devoted fans who call themselves ‘Juggalos’ or ‘Juggalettes,’ and sometimes paint their faces to look like wicked clowns.”