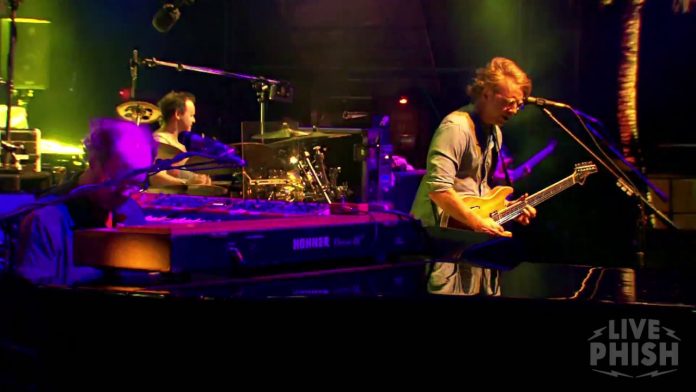 SiriusXM announced today that the iconic rock band Phish will launch their own exclusive SiriusXM channel, Phish Radio, on Friday, June 14 on channel 29. The channel will debut with a live broadcast of the band’s three headlining performances from the 2019 Bonnaroo Music and Arts Festival.

Phish Radio will play music from the band’s extensive career, including their vast catalog of live songs, studio tracks, and musical influences. Listeners will also hear recurring shows hosted by band members, live broadcasts from their 2019 tour as well as exclusive interviews and commentary from each band member.

“My bandmates and I are thrilled to have a home at SiriusXM where Phish fans can hear music from over three decades of us making music together,” said Page McConnell. “We’re excited to make Phish Radio an extension of who we are as a band and a welcome home for fans old and new.”

“We are excited to team up with Phish and bring Phish Radio nationwide to one of the most dedicated and passionate fan bases in music history,” said Steve Blatter, Senior Vice President and General Manager for Music Programming, SiriusXM. “The new music channel, launching live from Bonnaroo, will showcase the band’s wide-ranging library of music, as well as their iconic live performances.”

SiriusXM’s Phish Radio will launch on Friday, June 14 at 12:00 pm ET on SiriusXM channel 29 and on the SiriusXM app.

SiriusXM subscribers are able to listen to Phish Radio on SiriusXM radios, and those with streaming access can listen online, on-the-go with the SiriusXM mobile app and at home on a wide variety of connected devices including smart TVs, Amazon Alexa devices, Apple TV, PlayStation, Roku, Sonos speakers and more. Go to www.SiriusXM.com/streaming to learn more.

SiriusXM’s Jam On channel will continue to be available on the SiriusXM app and on siriusxm.com. Phish Radio will also feature regular programming dedicated to the extended Jam On community.