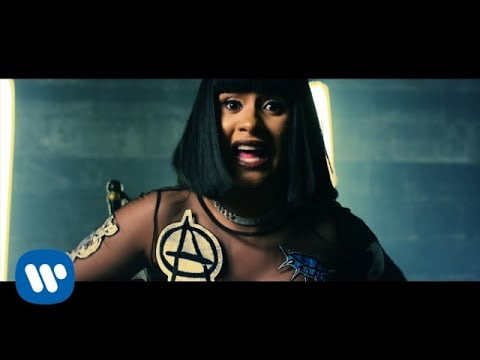 Cardi B continues to announce her presence with authority and did so garnering the lion’s share of nominations for the 2019 BET Awards to be awarded June 23.

The rapper-songwriter has ruled this year from the charts with “Invasion of Privacy” to her appearance in Pepsi commercials for the Super Bowl. Now she has has seven BET nominations, including Album of the Year, Best Female Hip Hop Artist and Video of the Year. Drake has five, with Beyonce, Travis Scott and J. Cole each having four.

Award shows are among the many entertainment bets that can be found on the top betting sites.

The BET Awards, in their 19th year, recognizes the best in 20 categories from music to movies to Sportsman of the Year – not that Cardi B has any trouble getting press recognition

As a matter of fact, “Press,” her latest release taking aim at her critics in the news media, social platforms, fellow performers, fans and non-fans. It reached No. 1 on the U.S. iTune charts.

The woman who won Best Rap Album at this year’s Grammys has been under a burning spotlight for more than a year including alleged drama with her husband Offset, the birth of her daughter, the postponing of several concerts due to problems with plastic surgery, to attending a court hearing on assault charges regarding a nightclub fight.

She also had a successful collaboration with Maroon 5 on “Girls Like You,” which hit No. 1 on the Billboard Hot 100, all 13 songs from “Invasion of Privacy” were certified gold, becoming the first fifth female artist to achieve this feat.

This past weekend she again showed up in newspapers, on TV, social media and multiple websites for a wardrobe malfunction at Bonnaroo Arts and Music Festival in Manchester, Tenn.

On Sunday, she ripped out the backside of her beaded jumpsuit, taking it in stride by leaving the stage and then reappearing in a white bathrobe, which she wore for the remainder of her set.

Expect more sexy but less terrycloth when she performs at the BET awards and maybe walks the stage to pick up a few awards.

In the Album of the Year category, Cardi B’s “Invasion of Privacy” faces “Astroworld” by Travis Scott; “Championships,” Meek Mill; “Ella Mai,” Ella Mai; and “Everything is Love,” The Carters.

She is actually competing against herself the Video of the Year Award with both “Money: and “Please Me” with Bruno Mars being nominated. Also in up for the award, “A Lot,” 21 Savage featuring J. Cole; “This is America,” Childish Gambino; “Nice For What,” Drake and “Apes**t,” The Carters.

The BET Awards have a reputation of showcasing the best aspects of the Black experience, celebrating music, elevating culture and driving social change.

This year the awards will give its Lifetime Achievement Award to Grammy-winning singer, Academy Award-nominated actress and philanthropist Mary J. Blige for impact on the entertainment industry and beyond. Previous winners include Whitney Houston, Diana Ross and James Brown.

Late rapper Nipsie Hussle, who was shot and killed outside his California clothing store, will receive the BET Humanitarian Award for giving back to his Los Angeles Community.

“As a prolific artist and leader, Nipsey Hussle was zealous about driving change for the betterment of his community, empowering and employing those in need and being an influential and highly respected leader. His passing was a tremendous loss to the entertainment industry and to the culture,” said Connie Orlando, executive vice-president, head of programming at BET.

The awards, hosted by actress Regina Hall will air at 8 p.m. ET Sunday across seven Viacom networks including BET, BET HER, MTV, MTV 2, MTV Classic, VH1 and Logo. It will air in the United Kingdom on June 24th and in France on June 25th.