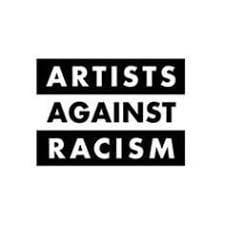 For the next seven days, including National Indigenous Peoples Day (June 21), along the Highway of Tears and in a dozen cities across Canada, billboards by Indigenous artists nationwide will soar across the country, featuring such paintings as NOT FORGOTTEN (by Dakota Sioux artist Maxine Noel); SHE WHO LOVES THE TRUTH (by Cree artist Betty Albert); SISTERS (by Anishinaabe artist Frank Polson) as part of our historic EAGLES RISING CAMPAIGN.

This week-long campaign aims to both honour the memory of the more than 1000 Indigenous missing and murdered woman and girls across Canada such as Tina Fontaine (on the DAUGHTER TO US ALL billboard by Metis artist Christi Belcourt) and keep the conversation about Indigenous missing and murdered women alive following the powerful MMIW Inquiry report released last week.

“I am honoured to be a part of this project, and to donate my own art to Artists Against Racism, joining with other First Nations artists in lending our work and our voices to this desperately needed conversation and reconciliation, “ Maxine Noel (Not Forgotten). 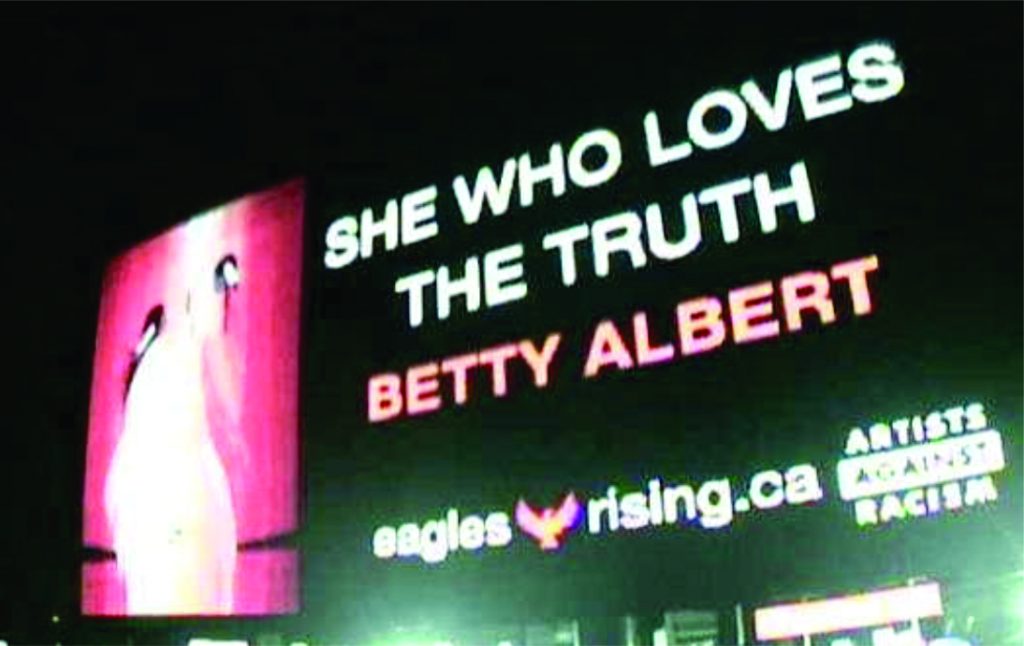 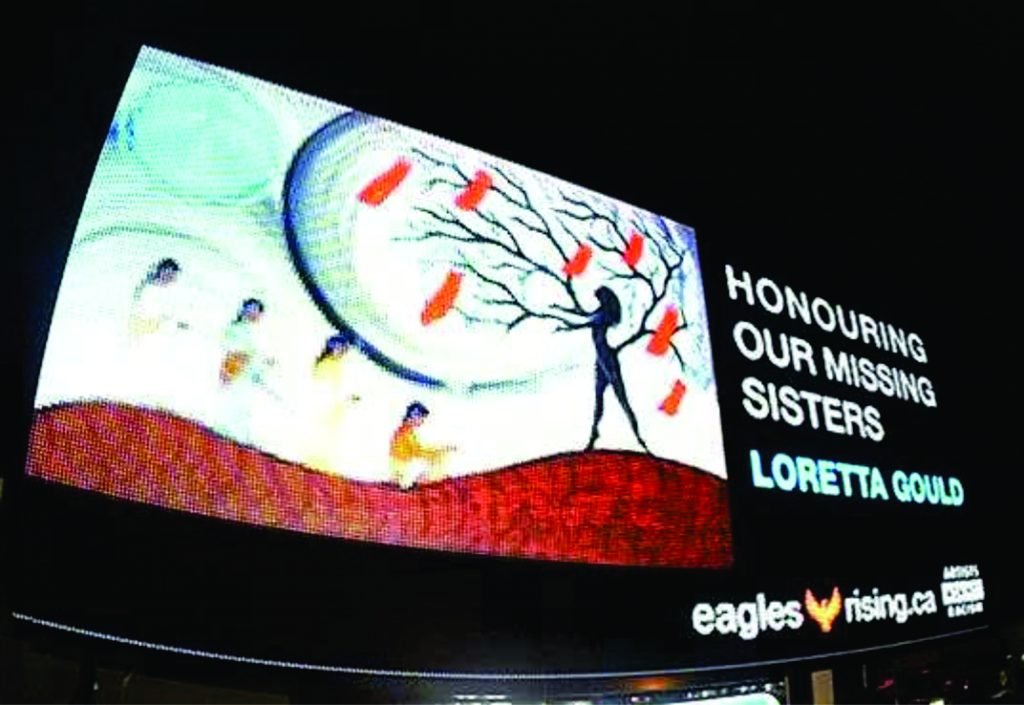 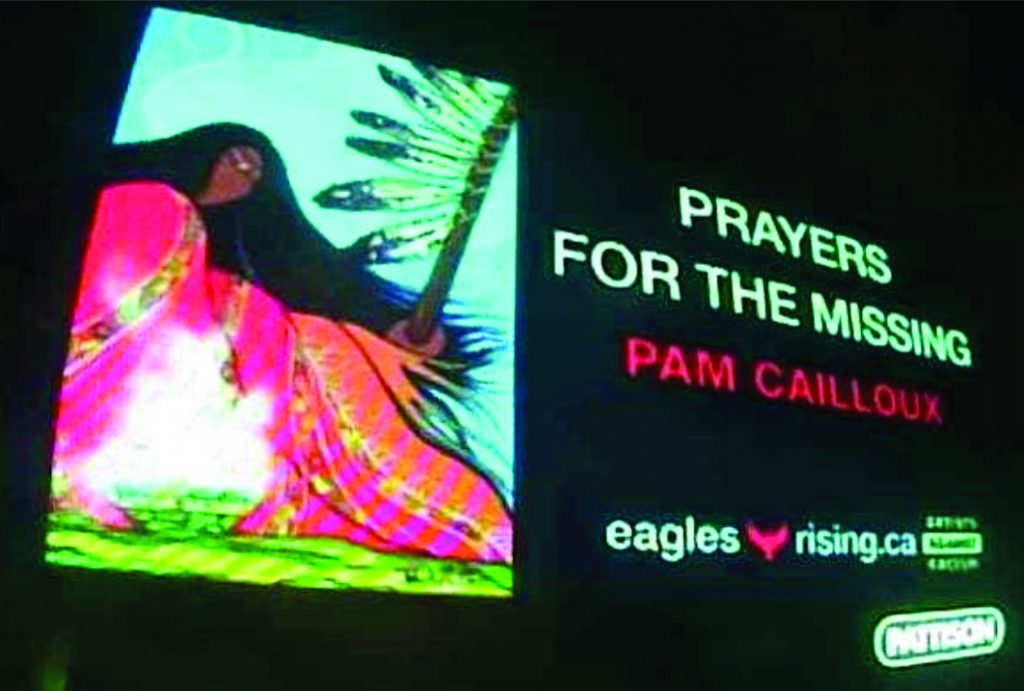 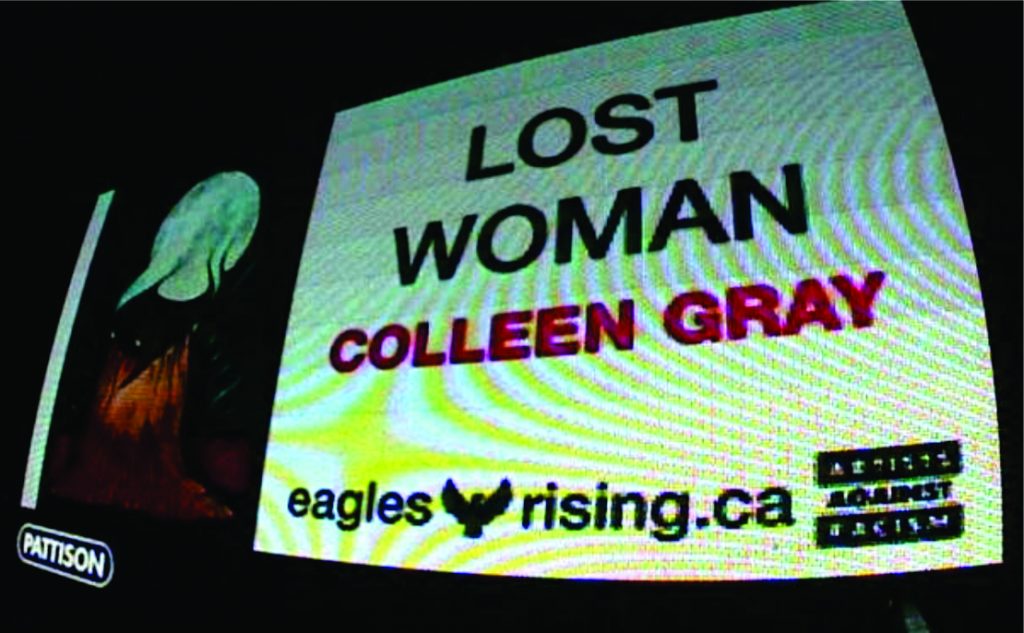 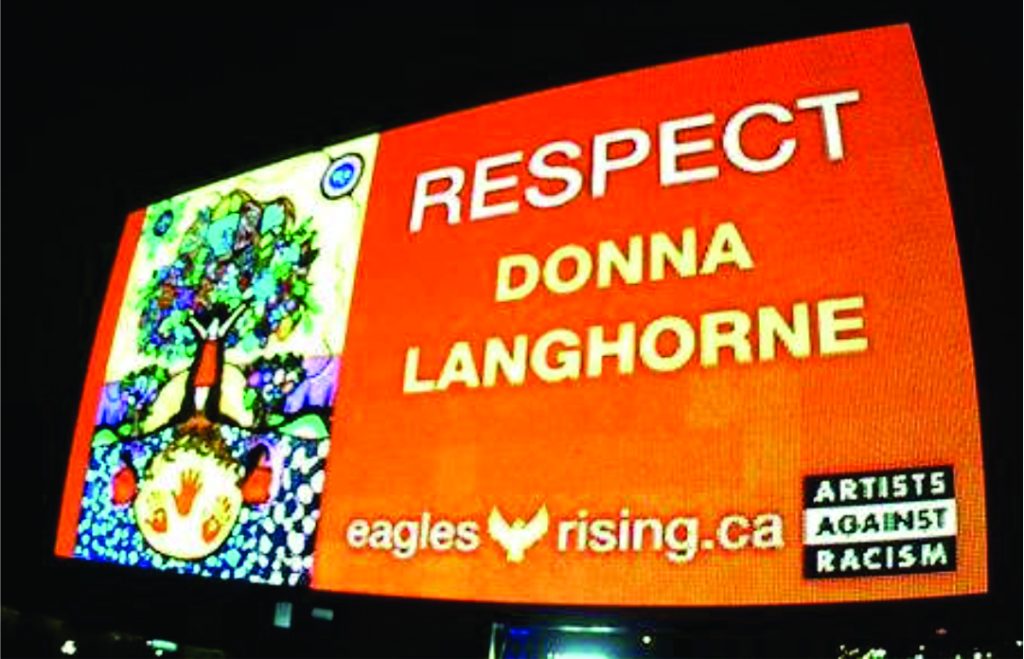 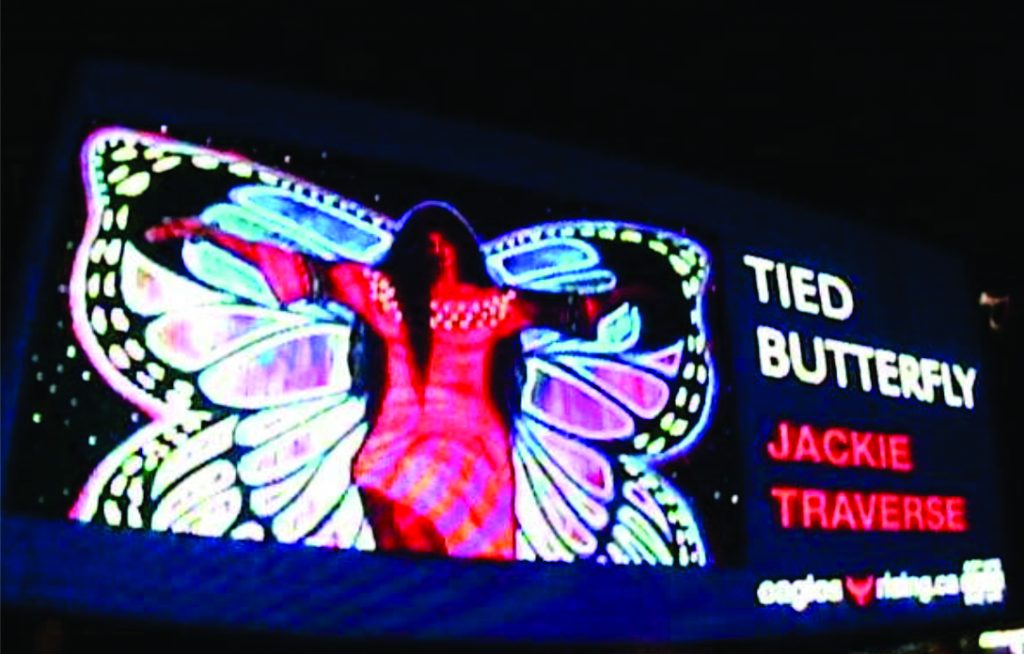