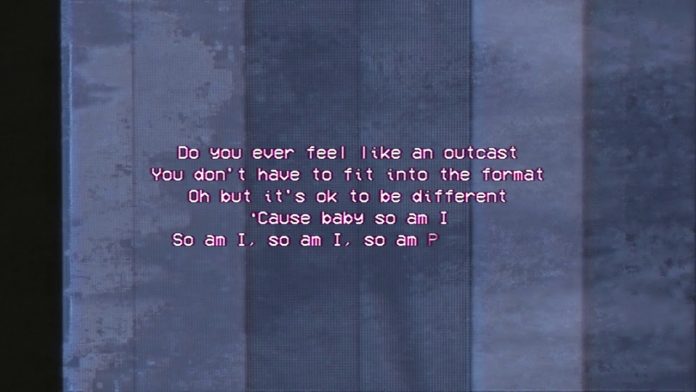 Global pop sensation Ava Max has tagged K-Pop superstars NCT 127 for a brand new version of her current single. “So Am I (Feat. NCT 127)” is available now at all DSPs and streaming services now.

“So Am I” has already proven a phenomenon for its universal message of acceptance and inclusivity, earning top 5 airplay across Europe along with 31 million streams in the US alone. The official video for the irresistibly catchy empowerment anthem now boasts over 60 million YouTube views HERE. Upon release, MTV News praised the song as a “big, melodic pop anthem that celebrates individuality and embracing one’s unique flaws and quirks.” Exclusive dance remixes of “So Am I” are now available from Deepend, Majestic, Jengi, Toby Green, Steve Void and Martin Jensen. Ava recently lit up the stage playing radio shows and summer concerts across North America and this past weekend, made her much-anticipated World Pride debut, embracing the message of “So Am I” which Billboard called “a defiant fight song for all the ‘misfits’ in the world,” as she celebrated with fans performing at Youth Pride and headlining the PrideFestival Tea Dance in New York City.

Recently profiled by Rolling Stone as an “Artist You Need to Know,” Ava has cemented her pop status with the success of her RIAA platinum certified hit “Sweet but Psycho” which spent three weeks in the top 10 of Billboard’s Hot 100 and peaked at #3 at USA Pop Radio. With over 650 million global streams and counting, “Sweet but Psycho,” which earned Max her first-ever Teen Choice Awards nomination for “Choice Pop Song,” is joined by an equally popular companion video, directed by Shomi Patwary (Beyoncé, The Weeknd). Watch the video which has garnered over 367 million views HERE. Produced by GRAMMY® Award-nominated super-producer Cirkut (Maroon 5, Miley Cyrus, The Weeknd) and co-written with Madison Love (Camila Cabello), “Psycho” hit #1 on both Spotify’s “United States Viral 50” and Billboard’s “Dance Club Songs.” The stateside success of “Sweet But Psycho,” including top 5 airplay at Hot AC radio outlets nationwide, follows the track’s remarkable popularity abroad, including four consecutive weeks atop the UK Singles Chart and #1 rankings on charts in nearly 20 countries.

Ava recently spent 10 consecutive weeks atop Billboard’s “Emerging Artists” chart and has been feted with a wide range of media attention, including features in Vanity Fair, Billboard, V Magazine, FORBES, PAPER, and more. Earlier this year, she made her national TV debut with performances of “Sweet but Psycho” on The Late Late Show with James Corden, The TODAY Show, and The Ellen DeGeneres Show.

With 5.2 million Instagram followers and 1.7 million Twitter followers in tow, Seoul-based global pop powerhouse NCT 127 has shaken up the K-pop world since their 2016 mega-hit “Fire Truck” with their unique and conceptually-progressive artistry (“Limitless,” “Cherry Bomb”). In October, the breakout boy band was tapped by Apple Music as the Up Next artist of the month, the first-ever K-pop act to take the coveted title. In addition, they were Billboard’s first K-pop act to hit No. 1 on the Emerging Artist Chart, Rolling Stone’s 2018 “K-pop Artist to Watch,” and declared to be “leading the next generation of K-pop” by the Los Angeles Times. Charting above the world’s biggest artists including Beyoncé, Justin Bieber and Selena Gomez on Billboard’s Social 50, the talented group delivers more of an experience than just a performance every time they hit the stage. Known for mixing genres, NCT 127- combines sounds in pop, R&B, hip-hop and Latin trap. NCT 127 made their U.S. TV debut on “Jimmy Kimmel Live“ with “Regular,” their all-English hit song which was included in Apple’s Best of 2018 playlist. Most recently, they secured their highest charting collection with their new EP, NCT #127 WE ARE SUPERHUMAN, reaching a peak of no. 11 on the Billboard Top 200 chart. The release found itself atop a variety of additional charts including no. 1 on the World Albums chart, no. 1 digital album of the week and no.1 internet album of the week.