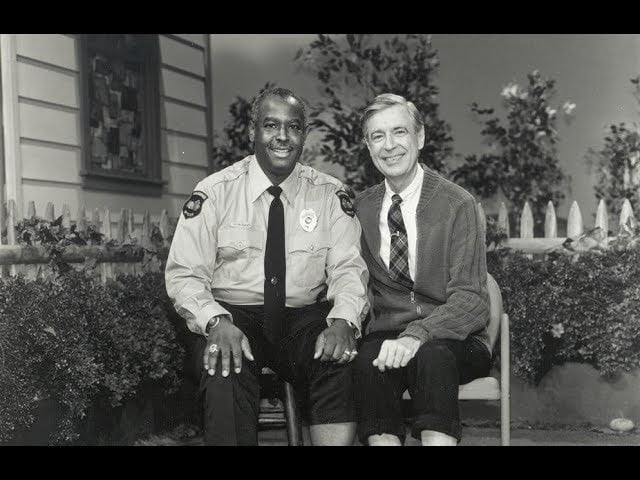 François Clemmons was cast in the “real” world as Officer Clemmons.

Fred Rogers met François in 1968 after hearing him sing in a Pittsburgh-area church they both attended. He was so impressed with his voice that he asked him to join the show. At the time, François was a graduate student working on getting his singing career going and was reluctant to accept Fred’s offer. But after realizing he would get paid to appear on the show—enabling him to afford his rent—François accepted, becoming the first African American actor to have a recurring role on a children’s television series.

For 25 years François appeared on the show while maintaining a separate career as a professional singer. In 1973, his performance with the Cleveland Orchestra earned him a Grammy Award and his love of spiritual music later led him to found the Harlem Spiritual Ensemble. He also spent 16 years as an artist-in-residence at Middlebury College in Vermont until his retirement in 2013.

François came to StoryCorps to discuss how he became the friendly singing Officer Clemmons, and his relationship with the man known to children as Mister Rogers.