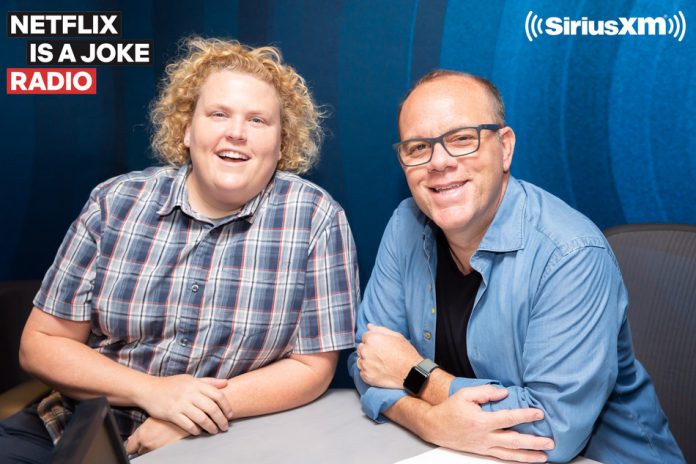 Today SiriusXM and Netflix announced the first original program to broadcast exclusively on the newly launched Netflix Is A Joke Radio channel 93. Popular comedians Tom Papa and Fortune Feimster will co-host What A Joke with Papa and Fortune weekdays during the prime driving hours of 7:00 – 9:00 am PT / 10:00 am – 12:00 pm ET.

The new show will broadcast live from SiriusXM’s expanded broadcast center and performance space in Los Angeles. What A Joke with Papa and Fortune will be a hilarious show in which the co-hosts hang out with fellow comedians, interview celebrities, and cover everything from their personal lives, to the world of comedy, to the day’s trending topics. They’ll also play clips from Netflix’s exclusive and unparalleled library of top comedy specials.

Beginning in late-summer, Netflix Is A Joke Radio will roll out new shows every month from some of today’s favorite comedians including Jo Koy, Iliza Shlesinger and Katherine Ryan. The limited programs will feature talent such as Sam Jay, Tiffany Haddish and the comedians from Tiffany Haddish’s They Ready stand-up series, and others in a multi-part original series.

Also launching the week of July 15 are Netflix Is A Joke Radio celebrity “takeovers.” During each takeover, a famous comedian will commandeer the station, playing clips from their favorite specials and celebrating the world of stand-up. The line-up includes: Michael Che, Tig Notaro, Jo Koy, Ricky Gervais, Nate Bargatze, Gabriel Iglesias, Anthony Jeselnik, Sebastian Maniscalco, Vir Das, among others.

Netflix Is A Joke Radio launched on SiriusXM channel 93 in April 2019. The channel features Netflix’s massive collection of established and rising stars, as well as segments from future stand-up specials, granting SiriusXM subscribers the chance to hear new material from A-list comics before anyone else.