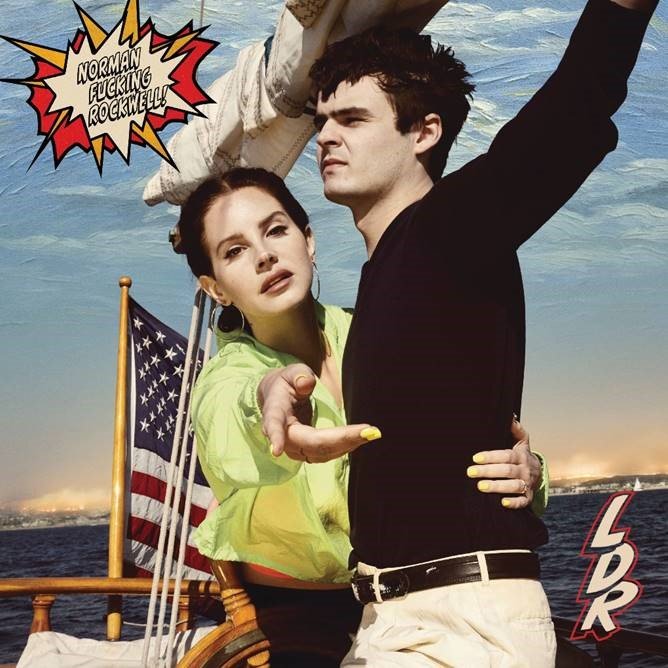 Lana Del Rey has revealed the official release date for her forthcoming album ‘Norman Fucking Rockwell!’ is Friday August 30th, 2019. The album is now available for pre-order in standard and deluxe editions on download, CD, vinyl, and cassette. The highly anticipated album was mainly produced and co-written with Jack Antonoff and will include ‘Venice Bitch,’ ‘Mariners Apartment Complex,’ ‘hope is a dangerous thing for a woman like me to have – but I have it,’ and the cover of Sublime’s ‘Doin’ Time’.

‘Norman Fucking Rockwell!’ Track List:
1. Norman fucking Rockwell
2. Mariners apartment complex
3. Venice bitch
4. Fuck it I love you
5 Doin’ time
6 Love song
7 Cinnamon Girl
8 How to disappear
9 California
10 The Next Best American Record
11 The greatest
12 Bartender
13 Happiness is a butterfly
14 hope is a dangerous thing for a woman like me to have – but I have it

Lana will play a run of US shows produced by Live Nation and Another Planet Entertainment. The eight-city outing will kick off September 21st in New York and make stops in Seattle, Portland and more before wrapping October 11th in San Diego, CA. The highly anticipated trek will also include an October 10th date at the famous Hollywood Bowl in Los Angeles, CA. Tickets go on sale to the general public beginning Friday, August 9th at 10am local time here.

Every online ticket purchase comes with one physical CD of ‘Norman Fucking Rockwell!’ approximately 24-48 hours after purchase, fans who purchased tickets will receive an additional email with instructions on how to redeem the album.