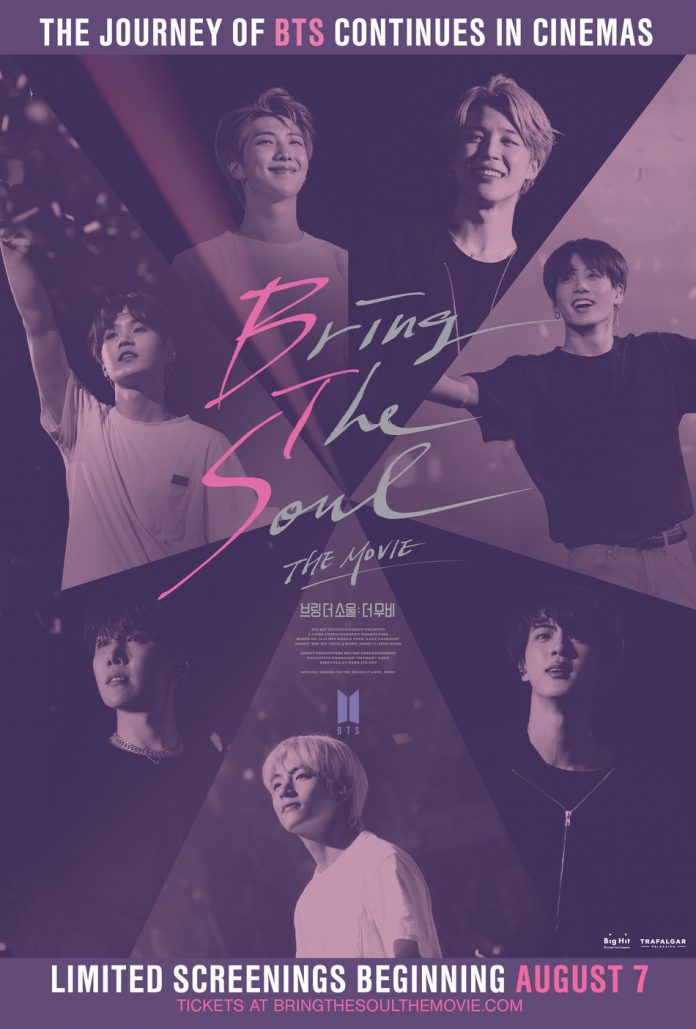 Big Hit Entertainment and Trafalgar Releasing today announced that the latest feature film, BRING THE SOUL: THE MOVIE, from global superstars BTS, saw 2.55 million admits around the world flock to their local cinema to see the boyband following their landmark LOVE YOURSELF tour.

The film was previously announced to be seen across 112 territories worldwide.