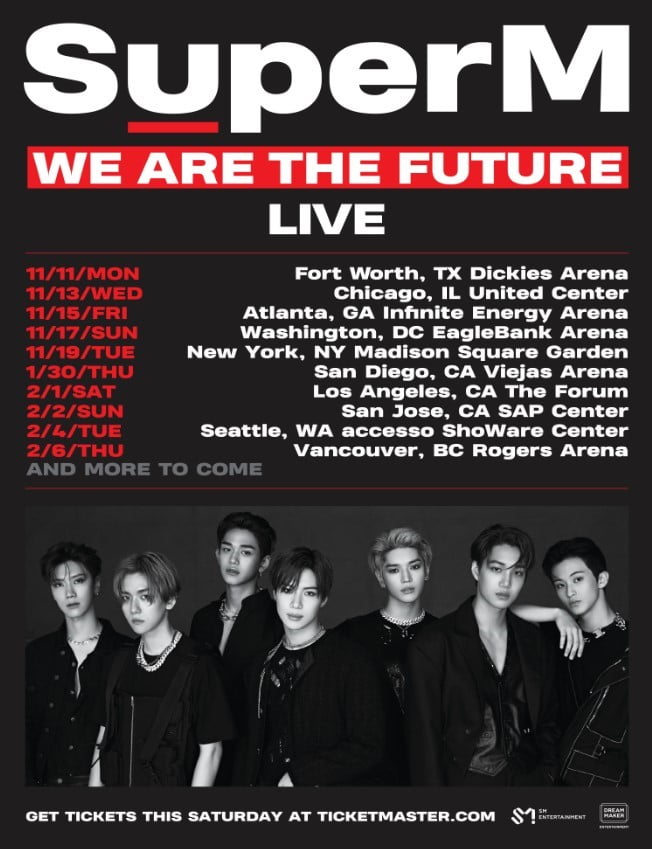 K-pop all-star group SuperM will launch its first series of live shows on November 11th, 2019 at Dickies Arena in Fort Worth, TX. The first leg will include a November 19th show at New York City’s Madison Square Garden. Kicking off on January 30th, 2020 at Viejas Arena in San Diego, the second leg will include a February 1st, 2020 concert at The Forum in Los Angeles – one of four West Coast dates. The U.S. outing will conclude at Rogers Arena in Vancouver, BC on February 6th, 2020. See below for itinerary.

Tickets for the live shows, which are being produced by Live Nation, go on sale Saturday, October 5th, 2019 at 10am local time at SuperMofficial.com. In celebration of the band’s first series of live dates, the majority of tickets at all shows are priced at $50.00 (plus fees) with a limited number of premium tickets available through VIP Packages and Platinum. Every online ticket purchased for the run will include a CD of the band’s debut EP – The 1st Mini Album ‘SuperM’ – set for release on October 4 via Korea’s largest entertainment company, SM Entertainment, in partnership with Capitol Music Group and Caroline.