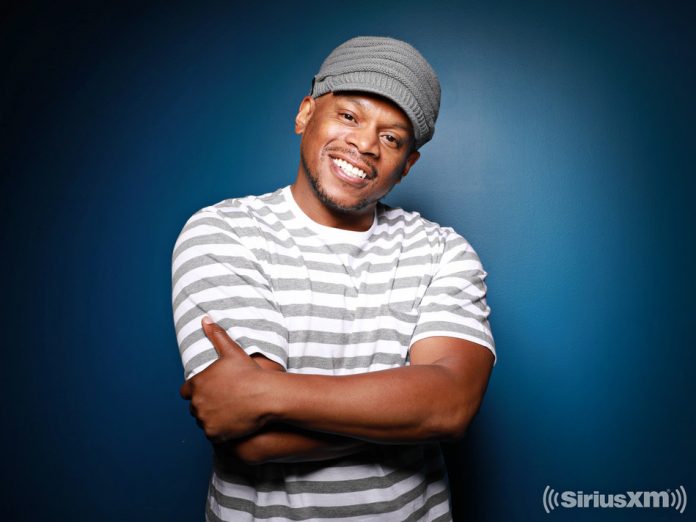 Oakland, CA native Sway Calloway returns to his roots on October 18 for the first ever ‘Sway Fest 2019,’ which will bring together celebrities, local leaders and special guests in a celebration of hip-hop, community and culture, to be broadcast on SiriusXM. The four-hour special will air live from the streets of Oakland, outside Pandora headquarters, beginning at 9am PT on SiriusXM’s Sway in the Morning on Eminem’s Shade 45 (ch. 45).

Calloway’s celebrity friends, performers, local activists and community leaders will gather on Franklin Street between 21st and 22nd streets from 9am PT to 1pm PT in Oakland for performances and conversations on music, arts and the Oakland community. This Sway-hosted block party is also a way for our Oakland-based SiriusXM and Pandora employees to celebrate the combining of SiriusXM and Pandora.

In advance of ‘Sway Fest 2019,’ Sway will unveil his own Pandora Story, offering his commentary to a playlist of tracks that shaped him while growing up in Oakland and beyond. While SiriusXM subscribers can tune in live the day of the event, local residents are encouraged to attend this free event to hear live music, meet community and business leaders as they weigh in on important community issues, and celebrate music and culture.

“Sway Fest 2019′ is a celebration of an amazing community of people that make up the Bay Area,” said Calloway. “I’m looking forward to returning to my hometown and shedding a light on the diversity, culture, uniqueness and magic that makes Oakland an amazing place.”

Calloway has been a part of the SiriusXM family since 2011 as the host of Eminem’s Shade 45 channel’s daily morning show, Sway in the Morning from 8am to 12pm ET and has recently added additional duties with Pandora as the voice on selected channels and podcasts.

Calloway also hand-picked local organizations to shine a spotlight on during Sway Fest 2019: Kongo SQ West Kinship Society and the Choose College Educational Foundation. Each organization will be represented on-site to spread awareness and educate attendees on their cause.

Kongo SQ West Kinship Society provides distinct services of impact in campaign relief advancement and social entrepreneurship. Serving primarily the Bay Area, California with extensions to New Orleans, the Caribbean, and the Congo, the organization harvests the natural resources of its communities through strategic partnerships. As a respected cultural arts leader, Kongo SQ West remains dedicated to establishing a legacy of well-being and nourishment of communal artists of shared kinship works.

The Choose College Educational Foundation works to foster a vibrant, college-going culture among underserved communities with youth programming, grassroots outreach efforts and a robust commitment to connecting families with college resources and information. Learn more about these organizations below.

‘Sway Fest 2019’ marks a meaningful homecoming for Calloway as it serves as an opportunity for him to give back to his beloved community by bringing awareness to causes, culture and music that have helped to shape him personally and professionally. Calloway began to hone his craft as an emcee and radio personality with his partner, King Tech, at KMEL-FM with their show, The World Famous Wake Up, that provided a platform for a host of hip-hop artists from all over the country, including, Tupac, the Hieroglyphics, Biggie Smalls, E40 and Eminem to name a few. The duo continued to make history by producing albums distributed through Interscope Records entitled This or That, which featured artists such as Eminem, KRS-One, TecN9NE and RZA from Wu-Tang Clan. Calloway also gained global fame as an integral member of MTV News, covering politics and music. He remains a key correspondent and has been a part of initiatives, interviewing various political leaders that include President Barack Obama, President Bill Clinton, former Secretary of State Hilary Clinton, Senator John McCain and Mitt Romney. His music endeavors at MTV included TRL’s All Eyes series, which featured top artists like Kanye West and 50 Cent, MTV News Now’s Jay-Z vs. Nas: Beats, Battles & Beef, MTV News Presents: After the Storm, RapFix Live, and The Hottest MC’s List. He is also a part of the network’s annual live events: MTV Video Music Awards, MTV European Awards and their Grammy pre-show. He currently serves as an Executive Producer and Host of TRL-AM. Calloway continues to participate in various panels and discussions, hosting and moderating on important issues like hate crimes, racism and education, and plays a major role with Viacom’s Get Schooled program, which reaches students across the country to encourage them to graduate. He is also the Chief Navigator for his site, SwaysUniverse.com which features celebrity interviews, music, entertainment and health news.