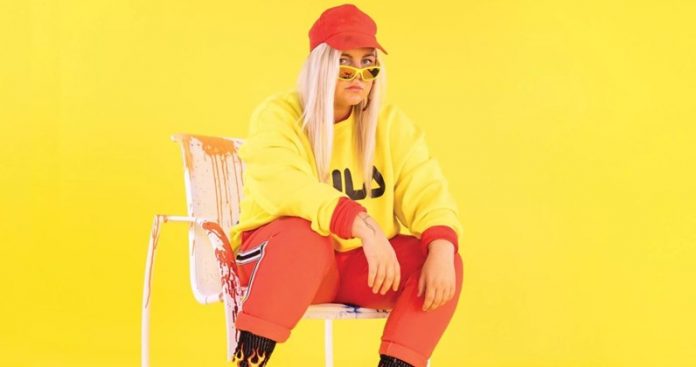 Australian artist Tones And I has announced details of her first-ever North American tour in celebration of her debut EP, The Kids Are Coming, which is out now on Elektra Records. The initial leg of Tones And I’s widely anticipated “The Kids Are Coming Tour” is set to get underway on February 11th at Portland, Oregon’s Holocene, and will include stops in Seattle, Vancouver, San Francisco, Los Angeles, Austin, and Dallas. A second leg of the tour will pick back up on April 11th at Milwaukee, Wisconsin’s The Back Room at Colectivo, and will see Tones And I performing in Minneapolis, New York City, Philadelphia, and Toronto [see itinerary below]. A Spotify pre-sale for tickets will begin Wednesday, October 16th at 10:00AM local time, with an additional artist pre-sale beginning later that day at 1:00PM local time. Tickets will also be available via local pre-sales beginning Thursday, October 17th at 10:00AM local times, with all remaining tickets going on sale Friday, October 18th at 10:00AM local time. For tickets and more information, visit here.

Tones And I’s The Kids Are Coming is available now on all streaming platforms and is led by the international smash “Dance Monkey,” which has made a massive global impact, hitting #1 in 14 countries around the world and amassing over 365 million streams to date. Tones And I recently shared the official music video for the EP’s title track which is streaming now on her YouTube channel. Directed by Alan Del Rio Ortiz (Blood Orange, Solange, Maggie Rogers), the video features youth activists from all over the globe marching alongside Tones And I.

Originally from Australia’s Mornington Peninsula, Tones And I traveled to Byron Bay in early 2018 to take a chance at busking. On the first day she had crowds spilling onto the street. Tones quit her retail job and decided to make Byron her new home where she lived out of her van for a year, honing her songwriting and busking every weekend. Today, Tones And I’s “Dance Monkey” is receiving over 6 million streams a day, with the ARIA 4x platinum-certified single reaching #1 on streaming service charts around the world. Currently the #1 song on the UK’s Official Singles Chart for the second week straight, “Dance Monkey” also sits at #1 on the ARIA Singles chart for a record-breaking 11th straight week, setting the record for most weeks at #1 on the ARIA Singles by a female solo act. Furthermore, Tones And I also leads the 2019 ARIA Awards with eight nominations, including “Best New Artist” and “Song of the Year” for “Dance Monkey.”

The Kids Are Coming also features the ARIA platinum certified single “Never Seen The Rain,” and breakout single “Johnny Run Away,” which Tones And I originally uploaded to Triple J’s ‘Unearthed,’ an artist discovery platform for independent music. Within twelve hours the song was on Triple J’s airwaves with hosts calling it a ‘Hottest 100’ contender. This past March “Johnny Run Away” became the most played song on Australia’s Triple J Radio for two weeks straight, racing to 2x platinum certification from the ARIA.

Tones And I recently wrapped up her sold-out Australian headline tour and is now gearing up for her first ever European headline tour which is also completely sold-out. The dates include shows in Berlin (11/7), Cologne (11/8), Rotterdam (11/9), Amsterdam (11/13), and London (11/15 & 11/16). Following the European run, Tones And I will make her highly anticipated US debut with sold-out performances at New York City’s Mercury Lounge (11/18) and Los Angeles’ El Cid (11/19). Tones And I will then kick off the European leg of “The Kids Are Coming Tour” on February 29th at London’s Electric Ballroom. The recently announced dates will also see Tones And I visiting: Ireland, Belgium, Germany, Netherlands, Denmark, Sweden, Switzerland, Norway, Poland, Czech Republic, Austria and France [see itinerary below]. Tickets for the new European headline dates are on sale HERE, and come hot on the heels of Tones And I’s record setting performance at Australia’s Splendour In The Grass Festival, where she drew the largest crowd ever for an opening act with 20,000 fans arriving to watch her midday set. Triple J remarked on the performance attesting, “Tones And I has put Australian music on notice. Get on board, or get left behind.”