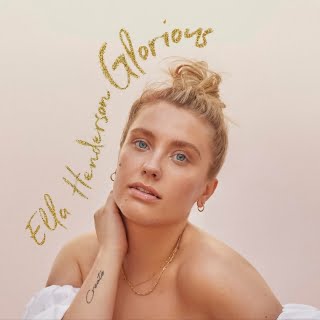 Having returned last month with her first solo material in four years, multi-platinum-selling, BRIT Award nominee Ella Henderson has unveiled her ‘Glorious’ EP, the first collection of songs since her UK Number 1 debut album ‘Chapter One’ in 2014.

The ‘Glorious’ EP is Ella’s first release on her new label, Atlantic / Major Toms / Asylum, to which she was signed by Rudimental having toured with the band for 18 months as a live vocalist. A deeply personal labour of love, Ella spent the past year writing and recording the ‘Glorious’ EP in London and LA, and the end result is a four-track record that encompasses her journey of self-acceptance and reflects on deeply personal life events, while also highlighting her renowned vocals, which saw her shoot to global stardom at the tender age of 18-years-old.

Having released two tracks from the EP already – ‘Glorious’ and ‘Young’, which have collectively amassed over five million streams so far – the collection includes two further offerings; delicate piano ballad ‘Hold On Me’ and the R&B infused ‘Friends’.

Alongside the release of her latest solo material, Ella has also racked up a further 11 million streams with ‘This Is Real’, a recent collaboration with hit maker Jax Jones, which features on his star-studded new album ‘Snacks (Supersize)’. The track has been playlisted at Radio 1 and is currently No.6 in the UK iTunes chart. Ella has also joined forces with chart-topping producer Sigala on his latest song ‘We Got Love’, which was penned alongside her label mate, Anne-Marie.