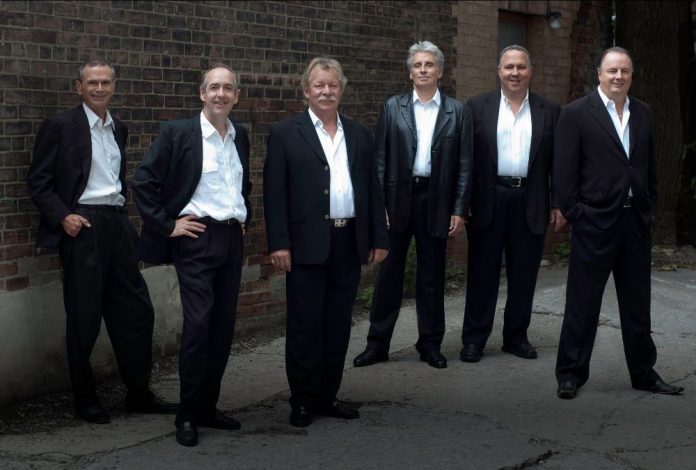 The first Canadian blues recording ever to sell gold, “I’ve Got Everything I Need (Almost),” written by The Legendary Downchild Blues Band’s leader and co-founder, Don Walsh, will be inducted into the Canadian Songwriters Hall of Fame at the National Arts Centre in Ottawa on Friday, November 29, 2019. The song skyrocketed to international fame when it was covered by The Blues Brothers’ Dan Aykroyd and the late Jon Belushi, who were heavily influenced by the Canadian group founded in 1969. Eighteen albums later, countless awards, and sold-out tours around the world, Downchild Blues Band are considered the trailblazers of blues in Canada and one of the premier blues bands in Canadian history, and a catalyst for the genre’s renaissance in the late ‘70s to ‘80s.

The song induction will take place during the band’s 50th Anniversary Party in Ottawa on Nov. 29, featuring special guests Dan Aykroyd, Tony D (MonkeyJunk), Suzie Vinnick and Andy J Forest. Tickets can be purchased at Ticketmaster, by calling (613) 947-7000 ext. 620 and in person at the NAC box office.

“It’s such an honour to have “I’ve Got Everything I Need (Almost)” chosen to be inducted into the Canadian Songwriters Hall of Fame. When you write a song, you have no idea what kind of effect it will have on people and for some reason this song really connected with fans. Having my friend Dan Aykroyd record it with The Blues Brothers definitely helped give it greater exposure worldwide, which was exciting,” said Don Walsh. “As a songwriter, it’s the ultimate to have one of your songs selected to be in the Hall of Fame, alongside some of the greatest songwriters of our time, not only in Canada but internationally, like Leonard Cohen, Joni Mitchell, Gordon Lightfoot and Neil Young. It just doesn’t get any better than that!”

I’ve Got Everything I Need (Almost) brought the sensuous sounds of the Mississippi Delta to Toronto, laying the groundwork for what is now a thriving domestic blues scene. As the house band of Grossman’s Tavern in Toronto in 1969, the Downchild Blues Band played audacious, innovative blues, rarely heard live in northern climes. Downchild quickly became Canada’s top blues band, with audiences embracing the act fronted by two brothers, blues shouter Rick “The Hock” Walsh and Donnie “Mr. Downchild” Walsh on guitar.

Downchild first released I’ve Got Everything I Need (Almost), penned by Don Walsh, on their “Straight Up” album in 1973. Their label, GRT, later remixed the cut in 1974 as a 45-rpm single titled Almost, as a follow-up to their first single, the infectious Top 40 hit Flip, Flop and Fly. Almost featured Don Walsh’s “York County” on the B side. With its winning combination of “jump” and Chicago blues, Almost quickly became a favourite of radio stations in March 1974.

With Don Walsh on blues harmonica and guitar, brother Rick’s no-holds-barred vocals, and a tight horn section, Almost combined an easy relaxed flow with a gritty sound befitting the singer’s desperation that fame means nothing without love: “But I don’t got you, and you’re the one I need the most…. If I don’t get you, I believe I’ll die.”

Almost led Downchild to tour clubs and colleges extensively in Canada. Further success came when Walsh’s pal Dan Aykroyd covered the hit song with his new act The Blues Brothers on their 1978 album “Briefcase Full of Blues.” The late John Belushi took the vocals, with Aykroyd on harmonica and the expertise of Thunder Bay-born Paul Shaffer (of TV’s David Letterman show) on keyboards. The Blues Brothers’ appearance on TV’s “Saturday Night Live” propelled the album to Billboard’s No. 1 position in February 1979. From there it went two times platinum, bringing Walsh’s Almost to millions of listeners.

The song has also been recorded by Jim Belushi and the Sacred Hearts, and by the late Marcia Rutledge. The international success of I’ve Got Everything I Need (Almost), combined with Downchild’s earlier hit Flip, Flop and Fly, opened the way for artists such as Jeff Healey and Colin James to forge their own blues identities at home in Canada.

Don Walsh, “The Father of Canadian Blues” and a member of the Canadian Blues Hall of Fame, was born in Toronto in 1947. His family moved to North Bay, Ontario, where his parents ran a hotel; there Walsh heard the rock and roll of Elvis Presley and Chuck Berry on the jukebox every weekend. He began playing with a band in high school, and was later introduced to the Mississippi and Chicago blues of Jimmy Reed, James Cotton, and B.B. King. As the leader of Downchild, he has won a Juno award and multiple Maple Blues awards.