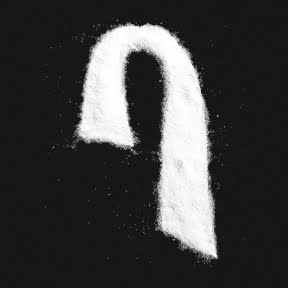 After teasing fans on social media for weeks, global pop sensation Ava Max has gifted listeners with the official launch of her fan-favorite song, “Salt.” The high-energy track – which has already earned over 4 million plays via YouTube.

In October, Ava celebrated Halloween with the surprise release of her hauntingly beautiful music video for “Freaking Me Out,” which MTV News called “a spooky, romantic Halloween Treat.” Directed by Edgar Daniel, the video surpassed 1 million views in the first 24 hours.

A truly international artist, Ava also recently teamed up with Spanish superstar Pablo Alborán for their collaborative single, “Tabú.” Meanwhile, Ava’s acclaimed summer single, “Torn,” which VOGUE named one of the “Best Songs of 2019,” continues to enjoy success around the world, including Top 10 airplay in Europe. The disco-tinged track is joined by an instantly iconic, superhero-themed companion video, created in collaboration with Fiat and shot on location in Milan, IT by superstar director Joseph Kahn (Britney Spears’ “Toxic,” Taylor Swift’s “Bad Blood”).

Ava – who was recently featured on the cover of Galore Magazine, which declared “Ava Max is Here to Save Pop Music” – has proven one of the year’s most honored performers, including “Best New Artist” nominations at both the 2019 MTV Video Music Awards and the 2019 MTV Europe Music Awards. The latter was highlighted by both Ava’s first-ever win for “Best Push Artist” and show-stopping live performances of both “Torn” and “Sweet But Psycho.”

2019 saw Ava officially seal her pop star status with the blockbuster success of her RIAA 2x-platinum certified hit, “Sweet but Psycho.” Now with over 1.2 billion global streams and counting, the track spent three weeks in the top 10 of Billboard’s “Hot 100,” peaking at #3 at USA Pop Radio. The breakthrough single, which earned Max her first-ever Teen Choice Awards nomination for “Choice Pop Song,” is joined by an official video which has garnered over 475 million views. Produced by GRAMMY® Award-nominated super-producer Cirkut (Maroon 5, Miley Cyrus, The Weeknd) and co-written with Madison Love (Camila Cabello), the single hit #1 on both Spotify’s “United States Viral 50” and Billboard’s “Dance Club Songs” while becoming one of “The Top Most-Shazamed Songs of 2019.” The song’s stateside success followed the track’s remarkable popularity abroad, including four consecutive weeks atop the UK Singles Chart and #1 rankings on charts in nearly 20 countries.

Dubbed the “Princess of Pop” by V Magazine and an “Artist You Need to Know” by Rolling Stone, Ava has been feted with a wide range of media attention throughout the year, including high profile features in Vanity Fair, Billboard, FORBES, PAPER, and more. Earlier this year, the rapidly rising star took over TV with performances of “Sweet but Psycho” on CBS’s The Late Late Show with James Corden, NBC’s TODAY, and the Ellen DeGeneres Show, as well as a summer performance of her irresistible empowerment anthem, “So Am I,” on ABC’s Jimmy Kimmel Live.