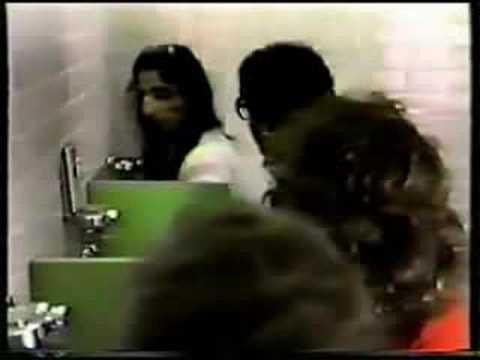 Alice Cooper’s guitarist Dick Wagner, who left halfway through the recording sessions, described Cooper’s Zipper Catches Skin as “the off to the races speedy album” and a “drug induced nightmare”. Wagner later revealed in a segment of the Deleted Scenes on the 2014 documentary film Super Duper Alice Cooper that Alice was smoking crack cocaine at the time and had a curtain set up behind the recording mic with a stool on it where he kept his crack pipe; he and other members of the band would sneak behind the curtain to take hits in between recording takes.

Zipper Catches Skin is the second of three albums which Alice refers to as his “blackout” albums, the others being the preceding album, Special Forces, and the following album, DaDa, as he has no recollection of recording them, due to the substance abuse, although he did manage to film a TV advert intended to promote Zipper at the time. Cooper stated “I wrote them, recorded them and toured them and I don’t remember much of any of that”, though he actually toured only Special Forces. There was no tour to promote Zipper, and none of its songs have ever been played live.