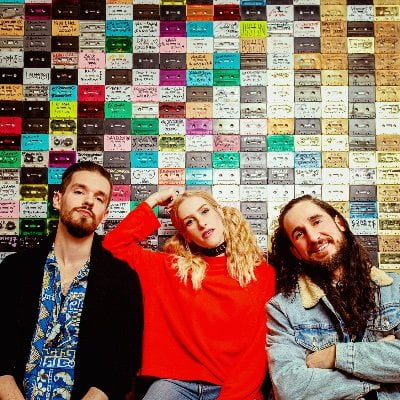 Discount Tire, the world’s largest retailer of tires and wheels, expanded its latest brand campaign with a partnership and jingle featuring the critically acclaimed, multi-platinum pop band, Walk Off the Earth.

In addition, Discount Tire is sponsoring Walk Off the Earth’s 24-date U.S. tour, “HERE WE GO!,” and is offering fans a chance to win concert tickets in select cities. The three-month tour starts February 12 and will be a fun, interactive, one-of-a-kind experience for concertgoers.

“2020 is going to be a year to remember with new music, an entirely new tour and a way to connect with WOTElings all around the world,” said Walk Off the Earth. “We’re excited to partner with Discount Tire as they understand exactly what we’re trying to do: create genuine, human connections and constantly exceed expectations through our craft!”

For more information on how to enter to win tickets, visit here.

Walk Off the Earth is a Juno Award winning, multi-platinum musical phenomenon currently taking the world by storm. Based just outside Toronto in Burlington, Ontario, their brilliant 5-people-playing-one-guitar interpretation of Gotye’s “Somebody That I Used to Know” exploded on YouTube, garnering over 180 million views. Since then, the band has released a string of successful original songs including, “Red Hands” (#1 at AAA), “Fire In My Soul” & “Rule The World” (multi-platinum in Canada); sold out venues across the globe, from Red Rocks to Wembley, and collaborated with some of the biggest artists in the world (Keith Urban, Snoop Dogg, Nicky Romero, & Steve Aoki).