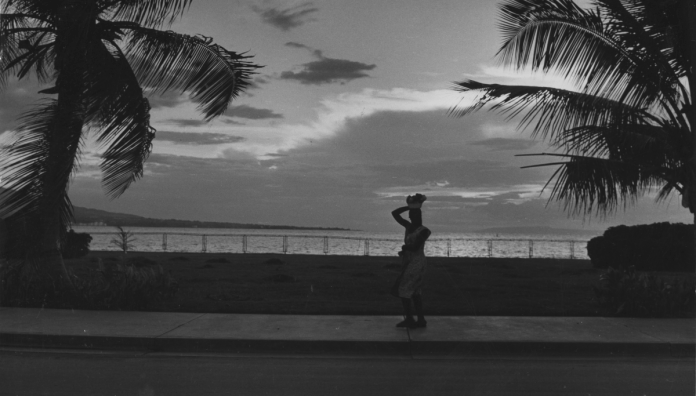 Coming January 31, 2020, Smithsonian Folkways will re-issue three seminal LPs on vinyl from their extensive collection of music dating back over seventy years. These LPs are coming as part of Smithsonian Folkways Vinyl Reissue Series, which brings to light hidden gems and revisits some of the most iconic and influential albums released by the label. Each LP was a seminal recording at the time, influencing the development of global music in the 20th century.

Tuareg Music of the Southern Sahara, released in 1960, traces the origins of today’s more popular Tuareg bands like Tinariwen and Bombino, and provided a very early glimpse into a tradition that was barely known at the time. Gambian Griot Kora Duets, released in 1979, marked a watershed music in the appreciation of West African traditions, and featured master Gambian musician Dembo Konte at the beginning of his international career alongside his father Alhaji Bai Konte. Calypso Travels featured master calypsonian Lord Invader shortly before his death in 1961. Lord Invader’s calypso had a sharp bite, an art form derived from bloody street battles and a channel to speak truth to power, a powerfully resonant inclusion in Folkways’ extensive collection of protest music.

These reissues were remastered from the original tapes by GRAMMY Award winning engineer Pete Reiniger and are presented in the iconic Folkways fold-over, paste-on jackets, replicating the feel of the original releases. “Smithsonian Folkways is very excited to bring a diverse array of albums from around the world back onto vinyl for the first time since their original release,” says Associate Director John Smith. “They are incredible examples of the rich history and diversity in the Folkways catalog and are just as fascinating and relevant now as they were decades ago.”

Tuareg Music of the Southern Sahara
In the 21st century, the music of the Tuareg people, a diverse group spread across the Sahara encompassing Mali, Niger, and beyond, has reached an unprecedented international audience. Groups including Bombino, Mdou Moctar, Tinariwen, and Les Filles de Illighadad have incorporated the mesmerizing, repetitious qualities of the region’s folk music into rollicking, full-band rock and roll, bringing countless new ears to these styles developed in the African desert. Tuareg Music of the Southern Sahara, originally released on Folkways in 1960, traces the origins of these sounds and styles, focusing on the ecstatic vocalizations and singing accompanied by sparse instrumentation. These raw, extemporaneous recordings offer a glimpse at the musical traditions dating back hundreds of years from many tribes and localities from throughout the Sahel.

Lord Invader – Calypso Travels
Lord Invader was one of the most iconic and well-regarded calypso musicians of the mid-20th century. Coming from humble beginnings in the musical hotbed of Port-of-Spain, Trinidad, Invader gained notoriety for his unique voice and lyrical prowess. Calypso Travels, his final album released just before his death, was produced in New York in 1960 by Folkways founder Moses Asch. The album showcases Lord Invader’s talent for biting lyrics that reference contemporary happenings, such as the rise of Fidel Castro, his experience at the 1956 World Fair in Belgium, the arrival of the Little Rock Nine in 1957 desegregating the public schools in the United States, and his touring experiences in Europe in the 1950s. An icon of Caribbean music, and one of the major forces exporting it to the world, Lord Invader epitomizes the spirit of calypso – boisterous, acerbic, and joyful.

Alhaji Bai Konte, Dembo Konte, Ma Lamini Jabote – Gambian Griot Kora Duets
The hypnotic, delicate strum of the kora, the harp-like instrument strung on a halved gourd, has been a trademark of West African music for centuries. Gambian Griot Kora Duets (1979), featuring the master player Alhaji Bai Konte, his equally influential son Dembo Konte, and Ma Lamini Jobate, is a remarkable recording that documents an evolution in the kora’s use in the traditional music of the Gambia. The album, made in Dembo and Alhjai Bai Konte’s living space, shows the musicians incorporating complex, polyrhythmic arrangements. Though these musicians are intrinsically linked to the Jali tradition of griot families in West Africa, in which kora players are the historians and record keepers of local cultures, these recordings, with their stylistic flourishes, marked a new beginning for international interest in the kora. Dembo Konte went on to tour internationally, performing on John Peel’s legendary BBC program in 1989 and collaborating with the influential group Mustaphas 3.