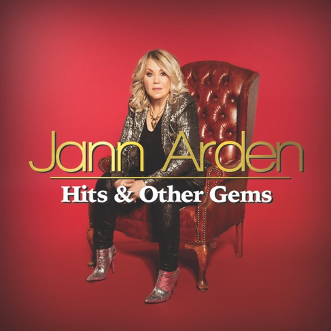 Multi-platinum award-winning singer, songwriter, actor, author and soon-to-be Canadian Music Hall of Fame inductee Jann Arden hosted a press conference today in downtown Toronto where she announced the release of Hits & Other Gems on May 1, 2020 via Universal Music Canada, and Jann Arden Live, a 19-date cross-Canada tour beginning May 7.

Hits & Other Gems will consist of 12 tracks including Arden’s hits “Could I Be Your Girl” and “I Would Die For You,” and a cover of The Cure’s “Lovesong” recorded with Scott Helman as part of his Hotel Sessions series. The album will also include a live version of “Insensitive” that was recorded this past November for JANN ARDEN ONE NIGHT ONLY, a one-hour original special that aired exclusively on CTV and streams on Crave, and three songs featured in the upcoming second season of her critically-acclaimed comedy series, JANN.

Jann Arden Live will kick off at Mile One Centre in St. John’s, NFLD May 7 and will conclude at the Queen Elizabeth Theatre in Vancouver, BC on June 18, making stops at Montreal’s MTELUS and Toronto’s Roy Thompson Hall along the way. Arden will perform songs from Hits & Other Gems on the tour among others. Jann Arden Live marks Arden’s first coast to coast tour in more than six years. Tickets go on sale to the general public on Friday, February 7 at 10am EST at LiveNation.com. For the full list of tour dates, see below or visit JannArden.com.

Last month, Arden was announced as the first 2020 inductee into the Canadian Music Hall of Fame. With accolades that include 19 top ten singles, eight JUNO Awards and 10 SOCAN Awards, Arden is a beloved Canadian musical artist and personality. Arden will join the ranks of Canadian music icons including Alanis Morisette, Bryan Adams, Barenaked Ladies, Bachman Turner Overdrive, Joni Mitchell, k.d. lang, Leonard Cohen, Neil Young, RUSH, The Guess Who, The Tragically Hip, Sarah McLachlan, Shania Twain, and many more. To celebrate her induction during The 49th Annual JUNO Awards on Sunday, March 15, 2020, Arden will grace the stage and perform live from the SaskTel Centre.

Also last month, Jann released the 20th anniversary deluxe edition of her critically-acclaimed album, Blood Red Cherry which features new liner notes recently written by Arden, as well as two previously unreleased songs (“Love Me Love” and “Everything”) and three demo tracks not included on the original. At the same time, her 2X Platinum third studio album, Happy? (1997) became available on vinyl for the first time.

A versatile artist, Arden’s hit comedy series, JANN, where she stars as a fictionalized version of herself, wrapped production on its second season this past fall in Calgary. The series is set to return to CTV as part of CTV’s mid-season schedule. Arden’s podcast, THE JANN ARDEN PODCAST is available weekly on iHeartRadio Canada and everywhere podcasts are found.

Arden has written four books, the most recent being Canadian bestsellers Feeding My Mother – Comfort and Laughter in the Kitchen as My Mom Lives with Memory Loss and her self-penned memoir Falling Backwards, and is set to release a fifth book later this year.