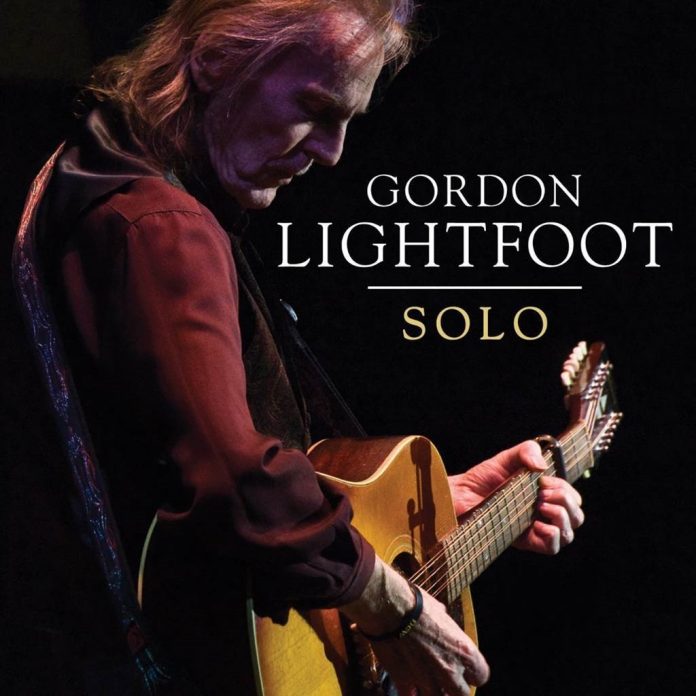 Canada’s most celebrated songwriter, and international folk legend Gordon Lightfoot has announced his new album SOLO. The album sees seeing Lightfoot returning to the studio to release his first album of new music since 2004’s HARMONY. The album showcases Lightfoot at his most pure, alone in the studio with his guitar. The new album is heralded by the first single “Oh So Sweet,” which can be heard below.

In the making of SOLO, Lightfoot discovered a treasure trove of unreleased material in his Toronto home. Two CDs of songs he recorded nearly two decades ago were tucked away in his office. The songs were written in late 2001 and early 2002, just before he suffered a near-fatal abdominal aortic aneurysm later that year. After discovering the songs, he went into Grant Avenue Studio in downtown Hamilton, ON with his guitar to create this beautifully minimal work.

Of the new work, Lightfoot says “I thought my fans would be interested in hearing what songs sound like when first written.”

Gordon Lightfoot is Canada’s greatest singer-songwriter. He was a genre-defining figure in the folk-pop scene of the 1960s and 1970s. He has been awarded the Governor General’s Performing Arts Award, Canada’s highest honour in the performing arts, as well as being named a Companion of the Order of Canada. His songs are indelible to the Canadian music landscape, and include such national treasures as “Sundown,” “The Wreck of the Edmund Fitzgerald” and “If You Could Read My Mind.” Lightfoot has been inducted into the Songwriters Hall of Fame, the Canadian Music Industry Hall of Fame, the Canadian Songwriters Hall of Fame, as well as Canada’s Walk of Fame. His songs have been recorded by the likes of Elvis Presley, Neil Young, Bob Dylan, Barbra Streisand, Eric Clapton and The Tragically Hip.