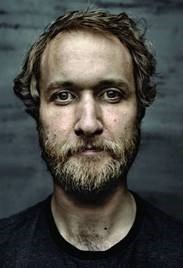 Waterdown, Ontario based True North Records, one of Canada’s leading independent labels, has announced the signing of Waterloo, Ontario based singer-songwriter Craig Cardiff. True North Records is part of the Linus Entertainment Group and  home to many of the country’s most beloved songwriters including Bruce Cockburn, Buffy Sainte-Marie, Randy Bachman,  Matt Andersen, Ian & Sylvia Tyson, Jimmy Rankin, and Colin James.

Songwriter, troubadour and JUNO Award nominee Cardiff developed an impressive and loyal following throughout North America and into Europe with guitar in hand.  He can turn any setting into an intimate affair, iInfusing his music and lyrics with an uncompromising humanism rarely seen in today’s production-heavy climate.  His music has found a broad audience on streaming platforms including Spotify where he has over half a million listeners, and his most popular song ‘Dirty Old Town’ has an impressive 82 million streams and has been certified as a Gold single in Canada.

Cardiff, who is booked in Canada by APA Agency and managed by Tom Sarig and his Esther Creative Group in New York City, will be touring Canada, the US and Europe in 2020. His first single on True North Records is a cover of Bob Dylan’s “Boots of Spanish Leather”, out February 12, 2020, and a full album is expected later in the year.