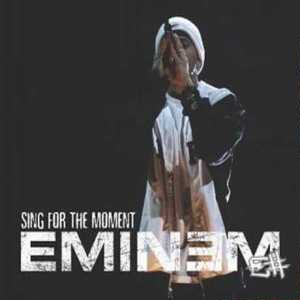 Eminem’s Sing for the Moment was released on February 25, 2003, as the fourth single from The Eminem Show. The song samples Dream On by American hard rock band Aerosmith, and peaked inside the Top 10 in twenty countries. The song, along with the original Dream On, was used in a trailer for the 2016 animated film Sing.

… and here’s the original: