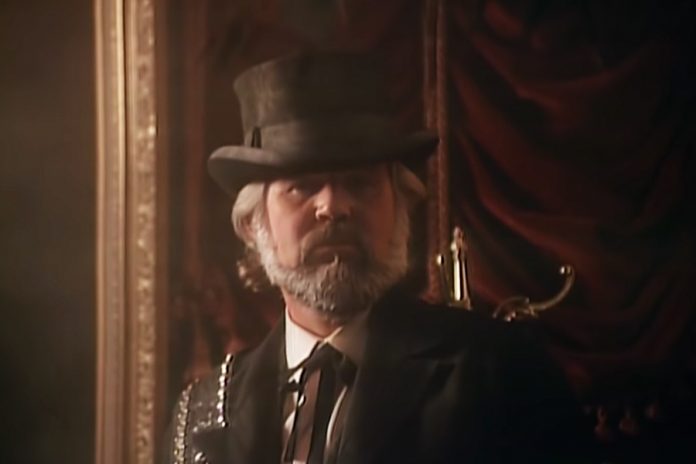 Kenny Rogers is a beloved performer that dabbled in many arts and paved the highway into the hearts of many.  One of his biggest hits is The Gambler, depicting a story of a late-night meeting on a train between the narrator and a gambler, the protagonist. The Gambler exchanges some of the most iconic lyrics with the narrator, advising the narrator to apply the rules of poker to life, specifically to know when to hold ‘em, and when to fold ‘em, when to walk away and when to run. The song goes on to say “You never count your money when you’re sittin’ at the table, There’ll be time enough for countin’ when the dealin’s done”.

The song became an instant hit and was one of the five consecutive songs by Rogers that would stay on top of the Billboard chart for a while. Nowadays people look at this song as one of the most timeless easy to listen to tunes and it brings them back the memories of the 70s when Kenny Rogers was one of the most popular performers out there and his legacy persists even today. We still come across different versions of this song across all media and channels. The Gambler was released as a part of one of the playback tracks for Rock Band Country Track Pack compilation discs, featured on the Rock Band music online game. The very popular game uses an algorithm of a real money online casino where you can play and earn real money for playing online.

The story behind this song is actually quite interesting. The song’s lyrics don’t belong to Kenny Rogers but Don Schlitz, who wrote the song when he was only 23 years old. It took two years for Don to find the perfect match to perform his song. There was the first attempt by Bobby Bare to record this song but his vision never really got any recognition or approval from the original author. Then Schlitz tried to record the song himself, thinking he would be the best fit to perform his own song and get it the recognition it deserved but that plan failed as well. It was Kenny Rogers who finally breathed in a new life into the song and made it possible for The Gambler to become the hit it was always supposed to be, and that happened in 1978. He even won the Grammy for it as the best male country vocal performance in 1980.

There is a consensus in the music community that whether the original author is still Schiltz. Kenny Rogers added a lot of intricate details to the song and made The Gambler what it was really destined to be. Many say that Kenny Rogers did have this very specific talent of bringing songs, movies, anything related to showmanship, and performance to life. Everyone featured in the retrospective documentary about Kenny Rogers’ life says so. He was definitely an outstanding member of the US country music scene and set the timeline of this genre into parts before and after him.

Kenny Rogers Gambler is actually a quite profound song when you really take your time to look at the lyrics. There is a complicated blend of wisdom, tongue-in-cheek, and fun parallels that make the song stand out in the listener’s memory. Kenny Rogers has fascinated the American public and the music lovers all around the world because there was something very enigmatic and comforting about his performances and the song The Gamblers is just another testimony to that since not even the author of the song himself managed to convey the emotion with the same precision as