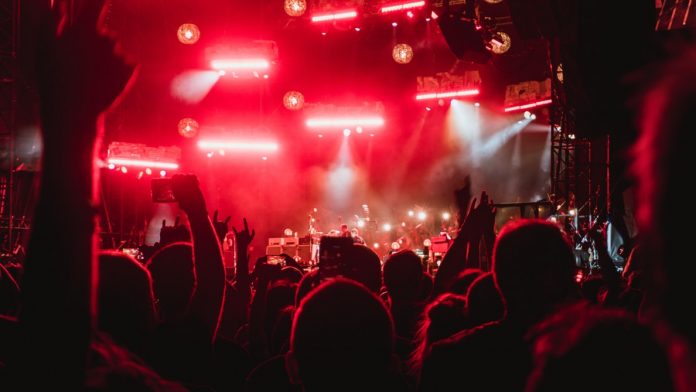 There are those of us out there who just want to rock. With the music flowing through our veins, we desire to be out there on the stage giving it our all and bringing the crowd to a fever pitch. Being a rockstar is something that a great many of us dream of doing.

But the dream doesn’t work for all of us. Most of us go on to do something else, though the dream of rocking that stage doesn’t ever really go away. It then becomes about finding an outlet for those desires, finding other ways to rock.

Now, you can rock away on video games that bring the experience to life. Being able to rock through video games makes it feel as if the dream is still alive and that it can be possible to bring the crowd to their feet.

So which video games are the best for this? There are a few where you will swear that you died and woke up in rock heaven.

Who is more synonymous with rock than one of the legends of the game? Now users can rock the crowd through the Ozzy Osbourne Video Slot and live to thrill as the British rocker has for so many years.

Thanks to Unibet NJ, users can experience the very best casino games around. That includes slots, jackpot slots, roulette, bingo, roulette, live casino, and so much more. You can go from the casino floor to the stage floor in just a few taps and live the life of a rockstar as you were meant to do.

There have been many incarnations of this game throughout the years but the 2005 original set the stage for others just like it. Through the use of a controller shaped like a guitar, gamers could shred with the best in the industry to some of the most classic songs around.

Picking up and learning guitar is not an easy thing but picking up a controller and rocking out to some of the industry’s greatest bands has never been easier. The user just needs to hit the color-coordinated buttons in order to get a higher score and send the crowd into a frenzy.

If you are a part-time rocker, there is no better way to bring the crowd to their feet than through this classic music video game. Even better, there are variations of this game solely dedicated to the rock genre, even saluting rock legends such as Metallica.

Console gamers will know this one well. Back in 2007, it took the genre of music video games to a whole new level. Where it set itself apart from the aforementioned Guitar Hero is that it gave you more than a guitar.

Gamers could take the ax and shred as they could in Guitar Hero but they could be a drummer, a bassist or a frontman too. Even better, this game allowed for friends to come together all in the name of rock. No touring needed; you could rock the crowd each night to a huge array of songs.

Rock Band became a huge hit and surpassed Guitar Hero simply for the greater options. After all, you may not be a great guitarist but you could rip it up vocally or bang out an impressive set on the drums and still rock just as hard.

Whereas the aforementioned games focused on fun instead of actual technical musical talent, Rocksmith attempted to teach you how to play the bass or guitar. Using real guitar training techniques, it looks similar to Guitar Hero but presents in a much different way.

The difference here is the difficulty level. With Guitar Hero and Rock Band, it can get extremely difficult, make no mistake. But Rocksmith attempts to teach you real chords so that you can have a feel for how to actually play a guitar.

Even with the frustration at times, Rocksmith prepares you to pick up a real guitar. The other games won’t do anything of the sort and being able to transfer your video skills to reality is something that we all have wanted to do from time to time.