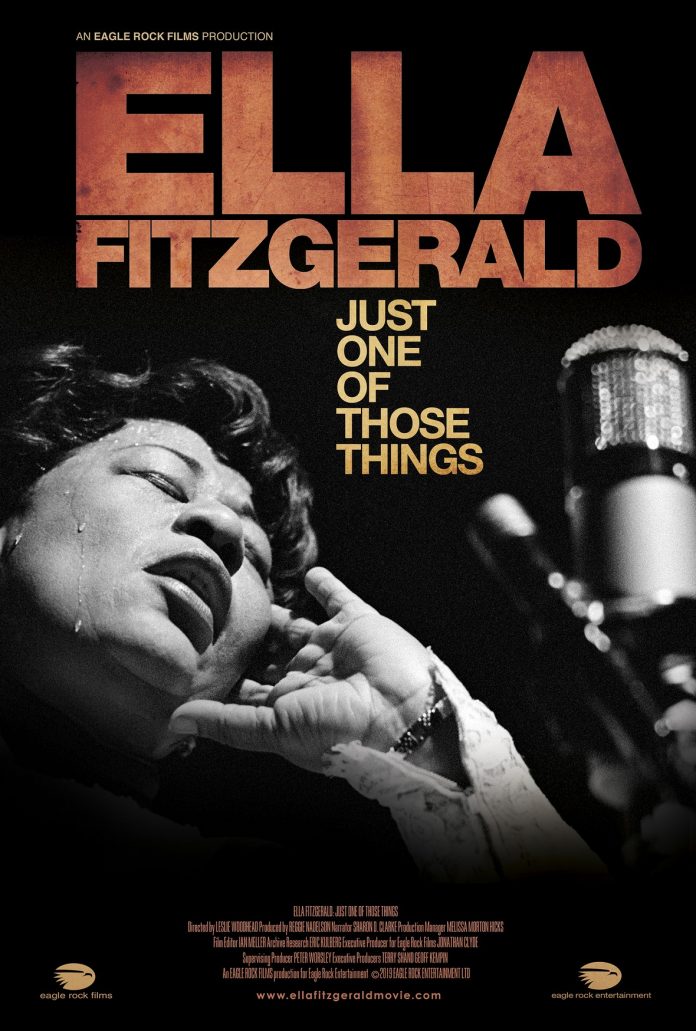 This summer, Eagle Rock Entertainment is delighted to announce the virtual cinema release of Ella Fitzgerald: Just One Of Those Things — the much heralded, critically acclaimed documentary about the one-and-only “First Lady Of Jazz.” Tickets and trailer available now at Eventive.

Originally scheduled to be released this past April in cinemas nationwide, the theatrical run of Just One Of Those Things was cancelled due to COVID-19. Now, Eagle Rock invites movie lovers to see the film from home, even while supporting their local movie theaters. TV viewing apps are also available for AppleTV, Roku and AndroidTV.

Directed by award-winning filmmaker Leslie Woodhead and produced by novelist Reggie Nadelson, Ella Fitzgerald: Just One Of Those Things reveals an intimate history of a beloved icon. Featuring never-before-seen footage, the film includes interviews with Smokey Robinson, Tony Bennett, Johnny Mathis, Itzhak Perlman, Norma Miller, the late Andre Previn, and a rare conversation with Ella Fitzgerald’s son, Ray Brown Jr.
Ella Fitzgerald is a cherished American figure: her brilliant singing included unsurpassed scat vocalizations. She covered most of a century, excelling in Swing, Pop, Bebop and redefined the Great American Songbook. Her tenacity allowed her to break barriers and chart a powerful course as a woman of color in the male-dominated music business. She fought for Civil Rights. She earned 13 Grammys, the NAACP Equal Justice Award, and the American Black Achievement Award, among others, and sold over 40 million albums throughout her six-decade career.

Ella Fitzgerald: Just One Of Those Things gives viewers a chance to get to know and understand Ella. Losing her mother at the age of 15, Ella endured life in an abusive reform school before escaping to the streets of Harlem. Penniless and alone during The Great Depression, her fate changed in 1934, after she won one of the first amateur nights at the famed Apollo Theater in Harlem. She made a brilliant career even as she suffered racism, poverty, sexism. Ella, as everybody knew her, was the rare female bandleader when she was only nineteen. She worked with Frank Sinatra, Dizzy Gillespie, Duke Ellington, Count Basie, Louis Armstrong, and Benny Goodman. But like so many professional women, she struggled to reconcile her role as a world-famous performer and her private life. Married to Bebop’s innovative bassist Ray Brown, she didn’t have the time to enjoy a domestic life with him and their son, Ray, Jr. Throughout the documentary, we follow Ella as she endures these conflicts — her trials and her triumphs — gaining a clearer music of this woman, and what fueled her timeless voice.