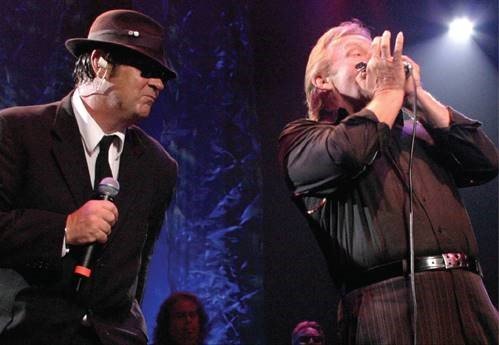 In celebration of Father’s Day and what would have been the final date of The Legendary Downchild Blues Band’s 50th Anniversary Tour, the band are streaming their “Live At Massey Hall” concert in its entirety as a FREE SHOW for fans on Sunday, June 21, 2020 at 7:00 Pm (EST), all in support of a very important cause, the Unison Benevolent Fund.

For a sneak preview of the concert watch “Soul Man” featuring Dan Aykroyd performing alongside Downchild at https://www.youtube.com/c/DownchildBluesBand

Downchild will premier their “Live At Massey Hall” concert for an exclusive one-night-only viewing on their official Youtube Channel on June 21st at 7:00 PM (EST) at https://www.youtube.com/c/DownchildBluesBand

Donations to Unison in conjunction with the Downchild concert can be made by texting UNISON to 45678 or visiting UnisonFund.ca/Donations/Spotify

All donations made to Unison will be matched by Spotify as part of the Spotify COVID-19 Music Relief project that has been created to amplify the efforts of organizations that focus on helping those most in need, like the Unison Benevolent Fund. Spotify will match donations made to Unison dollar for dollar up to a collective total of $10 million USD.

The Unison Benevolent Fund is a non-profit, registered charity that provides counselling and emergency relief services to the Canadian music community. They are there to help professional music-makers in times of hardship, illness or economic difficulties. For further, information on Unison and they great work they do, please see https://www.unisonfund.ca/about/mission

“We are honoured to be able to support a great cause like Unison, that truly takes care of our own, in supporting Canadian artists and Canadian music industry professionals in this difficult time. Like so many people across the country and around the world, the music community has been hit hard by the pandemic.” – Donnie “Mr. Downchild” Walsh

Downchild came to international prominence as the inspiration for Hollywood stars Dan Aykroyd and the late John Belushi’s hit film, The Blues Brothers. In fact, two Downchild songs, “Shotgun Blues” and “(I Got Everything I Need) Almost” were even covered on The Blues Brothers’ 1978 multi-platinum album Briefcase Full of Blues.

2018 Juno Award winners, Downchild, include some of the most well respected musicians in the country, who have performed together for over 25 years.  Including lead singer and harmonica player CHUCK JACKSON, PAT CAREY on tenor sax, MIKE FITZPATRICK on drums, GARY KENDALL on bass, and former American super-group rocker MICHAEL FONFARA (of Rhinoceros/Lou Reed fame) on keyboards.