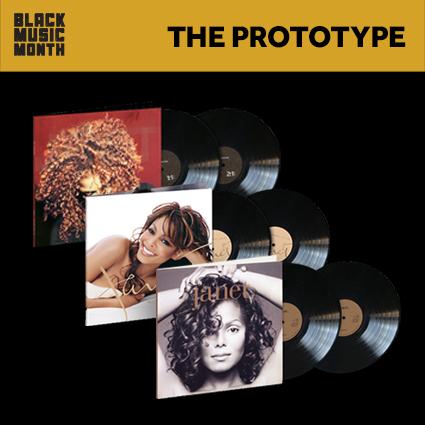 Urban Legends today announced a month-long celebration of Black Music Month that includes live DJ sets, new mini-documentaries about James Brown, new episodes of the docu-series Through the Lens, and new releases of re-mixes of classic songs. Urban Legends, a division of UMe, Universal Music Group’s global catalog company, celebrates and curates a catalog of some of its most powerful and influential artists and music spanning R&B, soul, hip-hop, rap, blues, reggae genres and more.

Urban Legends is bringing a new vision to its work through cutting edge technology. Among the first steps, Urban Legends is reimagining and relaunching a digital space for interaction and engagement with fans from on-going livestream tribute shows, content series and curated collections of vinyl.

BLUEPRINT OF RAP/THE GODFATHER OF SOUL (Curated by DJ Premier)

Kicking off BLACK MUSIC MONTH celebrations, Urban Legend/UMe/Universal Music Canada, the country’s leading music company spotlights one of the greatest artists of all-time, “The Godfather of Soul” James Brown. This week Urban Legends explores the music of James Brown, whose unique style laid down the foundation of Hip-Hop, demonstrating why he is one of the most sampled artists of all-time.

Tomorrow, June 18th, James Brown’s official YouTube Channel unveils the trailer for Funky Drummer, episode one of new three-episode animated mini-series titled Get Down, The Influence Of James Brown. Narrated by Questlove (The Roots, The Tonight Show Starring Jimmy Fallon), and featuring Lord Finesse and Co-founder/former EIC of Wax Poetics Magazine, Andre Torres, the three-part series was created by UMe along with Dreambear and explores the sonic DNA of James Brown whose music is continually sampled and whose trademark phrasing is deeply woven into the fabric of Hip-Hop. The full episode of Funky Drummer premieres on July 10th and can be viewed here with part two (Funky President) and part three (The Payback) coming soon.

To celebrate the release of Funky Drummer, on July 10th at 4:00 pm PDT/7:00 pm EDT, DJ Premier will do a special DJ set on his official YouTube channel, paying homage to The Godfather, spinning key James Brown tracks and giving a first-hand sampling history lesson while taking questions from fans.

The second week of BLACK MUSIC MONTH spotlights the Def Jam Era – Perfects Rap, with the premiere of the original Def Jam/UMe three-episode mini docu-series Through The Lens focusing on the iconic Hip-Hop photography of Janette Beckman, Ricky Powell and Jonathan Mannion. Hosted on Def Jam’s YouTube channel, this original series covers 40 years of the music and culture of the Hip-Hop movement from its infancy.

Episode one of Through The Lens premieres on June 19th, focusing on British-born photographer Janette Beckman, who lives and works in New York and began her career at the dawn of punk rock, working for such music magazines as The Face and Melody Maker. Beckmann was one of the first photographers to shoot LL Cool J, T La Rock and Slick Rick, whose images are featured in the series.

Episode two premieres on June 26th and features photographer Ricky Powell with in-depth interviews and images, with most of the latter unreleased including a photo of Chuck D at a mutual friend’s wedding in the Dominican Republic in 1989 on the precipice of Public Enemy releasing the album Fear Of The Black Planet.

Episode three premieres on July 10th and focuses on the photos of photographer and film director Jonathan Mannion, who has shot more than 300 album covers and worked with hip-hop and R&B performers including Jay Z and Young Jeezy. Through The Lens features twenty rarely-seen Mannion photos, including contact sheets from the Reasonable Doubt photoshoot with Jay-Z, as well as stories behind photos of Method Man, Redman and DMX.

On June 19th at 7pm EDT  Def Jam’s YouTube channel and Instagram page will host a special DJ set by the legendary DJ/Producer Clark Kent paying homage to Def Jam. Credited for discovering Jay-Z, DJ Clark Kent has produced some of the biggest names in Hip-Hop and R&B including Mariah Carey, 50 Cent and The Notorious B.I.G.

JANET JACKSON – PROTOTYPE OF A DIVA

On June 24th, the Urban Legends YouTube Channel presents a YouTube Livestream Session featuring DJ Natasha Diggs performing a live DJ set honoring Janet Jackson. As one of the most sought-after DJ’s in the world, Natasha Diggs has played some of the hottest parties around the globe, from her world-famous New York residency “Soul in the Horn” to Beijing, India, Sydney, London, Paris, Tokyo and Prague. She has performed alongside some of the biggest DJs and artists in the business including Erykah Badu, Rakim, Q-Tip, Bruno Mars, Damian Marley and Lauryn Hill.

On June 26th, Motown/UMe will release digitally Motown State Of Mind, a set of Motown classics handpicked, remixed and reimagined by legendary rapper and Hip-Hop producer Lord Finesse. On July 24th, Motown State Of Mind will be released as an exclusive 45 RPM box set containing seven 7-inch records on black vinyl featuring the remixed version on Side A and the classic original on Side B. To celebrate the release of one of his most ambitious projects to date, Lord Finesse will perform a special Motown State Of Mind Live Stream on the Motown socials on June 26th, the digital release date.

More events to be announced as the celebration of BLACK MUSIC MONTH continues.

Urban Legends  is an imprint and cross-platform initiative devoted to the curation and celebration of the most significant and influential catalog of music and culture spanning R&B, soul, hip-hop, rap, blues, reggae and more. Urban Legends serves as both an editorial content site and ecommerce platform, delivering daily news, videos, editorial features and franchises. Urban Legends is a division of Universal Music Enterprises (UMe), the global catalog division of Universal Music Group (UMG).