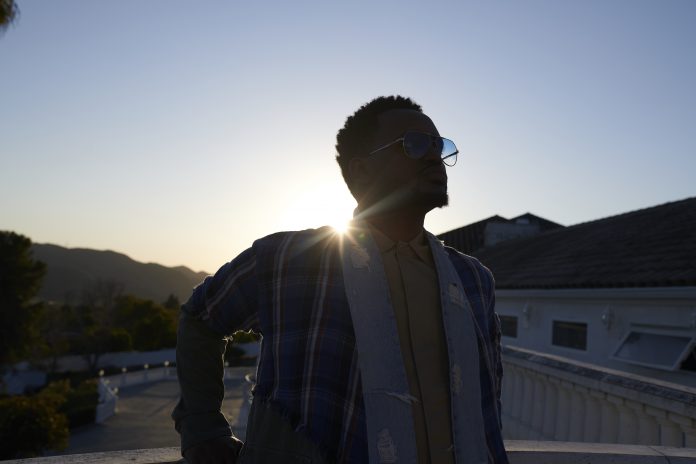 In a moment of global disillusionment as social unrest, race equality protests, and the crisis of a pandemic are weighing on the human spirit, Canadian R&B artist Emanuel’s debut EP makes its poignant arrival, fulfilling the true purpose of the artist: to reflect the emotions and times they are living through. On releasing Session 1: Disillusion today, Emanuel shares, “Debuting to the world on Juneteenth, a symbolic day in the celebration of freedom and emancipation for all enslaved Blacks in America, immerse yourself in the sights and sounds of love, hope and healing as the world shifts right before our very eyes.”

With each self-penned song on Session 1: Disillusion, Emanuel’s vocals, rich with emotion, unveil his process of coping with a disillusioned portrait of life through alternative therapeutic outlets such as self-reflection, sex, drugs, and relationships.

He says, “Alt Therapy. It represents so many things.It is healing. Healing for those things in the past that would have us in bondage, in depression, in sadness. Those voices that told us we weren’t important.It’s gratification for the yearning in our hearts to do something great for the people of this world. These songs are stories-stories from me, about us. I believe God has been the leading benefactor. He gave me virtues and a voice. He gave me melodies that catch the ear and the soul.A ll of this, so that I could give a message of truth and love-filled with peace, to the world. This album is happening during this renaissance of beautiful black art in the world.I want to make my mark in this renaissance…with beautiful music…forged in countless hours of dedication and defiance to the bullshit going on.I would rather sip my favourite wine daily, then try all the world’s wines. My music is like wine that renews herself daily and is true to herf lavour always”

Following his international debut earlier this Spring with the release of his first single “Need You” and its globally collaborative video curated by Idris Elba OBE, – who also holds the role of Executive Producer – Emanuel introduces the first installment of ALT THERAPY with today’s release of Session 1: Disillusion, out now via Universal Music Canada, the country’s leading music company. Mixed by Gary Noble (Amy Winehouse, Nas, Fugees) and featuring original artwork by renowned contemporary visual artist FunnyTummy, Session 1: Disillusion explores the vulnerability that comes with self-work and uninhibited artistic expression.

The emotional reaction to Emanuel’s undeniable talent has been immediate from both the music industry and his rapidly growing fanbase. With the release of his debut single, Emanuel was named Apple Music’s New Artist of the Week, one of Amazon Music’s Artists to Watch, a Soundcloud Featured Artist, a Spotify “On The Radar” Artist, and landed Spotify’s premiere billboard in Toronto’s Yonge & Dundas Square. In two months, “Need You” has already accumulated millions of streams.

Session 1: Disillusion is the first collection of music Emanuel will share this year, culminating with the release of his debut album ALT THERAPY.