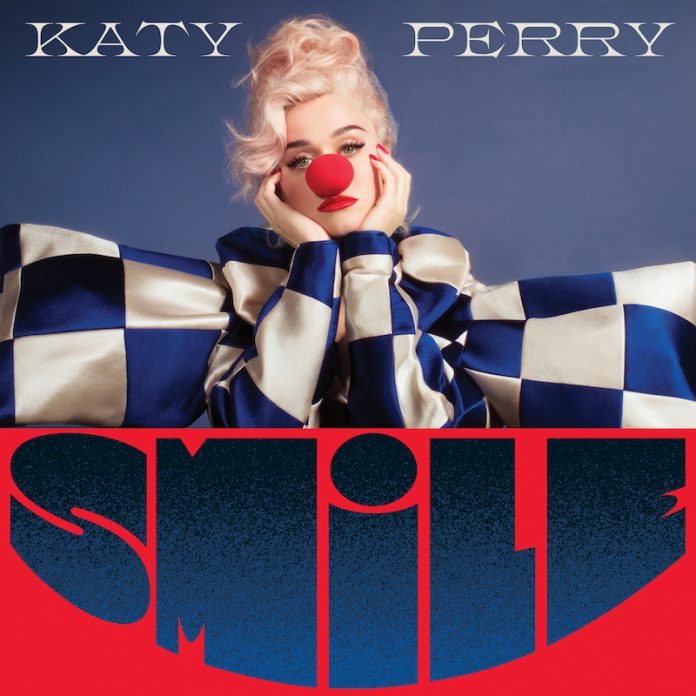 Katy Perry unveiled “Smile,” the title track of her new album, which will be released on August 14. The infectious, life-affirming new single is brimming with gratitude and suggests that setbacks often turn out to be blessings in disguise.

“I wrote this song when I was coming through one of the darkest periods of my life,” says Katy. “When I listen to it now, it’s a great reminder that I made it through. It’s three minutes of energizing hopefulness.”

Since its release in May, “Daisies” has amassed more than 125 million combined global streams. It is now top 10 at Hot AC radio. Last week, Katy shared an acoustic version of the song. While in quarantine, she’s won acclaim for the wide variety of performances she has given of “Daisies” – including the “American Idol” season finale, the launch of the 2020 “Good Morning America” Concert Series and the “Can’t Cancel Pride: Helping LGBTQ+ People in Need” livestream. Katy also co-headlined the recent Democracy Summer 2020 livestream. The event kicked off a campaign to register 200,000 new voters this summer, led by a coalition that includes Rock the Vote, Voto Latino Foundation, When We All Vote, March For Our Lives and others.

Since Katy Perry’s Capitol Records debut in 2008 with One of the Boys, she has racked up a cumulative 40 billion streams alongside worldwide sales of over 45 million adjusted albums and 135 million tracks with her albums One of the Boys, Teenage Dream, PRISM and Witness, and her latest singles – Gold-certified “Never Really Over,” “Never Worn White,” “Small Talk” and “Harleys In Hawaii.” Views of her 2013 video “Roar” recently surpassed three billion – making Katy the first female artist to reach this milestone. Katy was also the first female artist to have four videos surpass a billion views each. Her videos for “Firework” and “Last Friday Night” have over one billion views, while “Dark Horse” has surpassed the 2.7 billion mark. Katy’s 2015 Super Bowl performance is the highest-rated in the event’s history. She is one of only five artists in history to have topped 100 million certified units with their digital singles – and the first-ever Capitol Records recording artist to join the elite RIAA 100 Million Certified Songs club.

Aside from being one of the best-selling musical artists of all time, Katy is an active advocate of many philanthropic causes. In 2013, Katy was appointed a UNICEF Goodwill Ambassador as a result of her commitment to improving the lives of children worldwide. From traveling to Vietnam and Madagascar to highlight the needs of some of the world’s most vulnerable children, to empowering girls and supporting adolescents living with HIV/AIDS, as well as raising awareness for UNICEF’s emergency relief efforts, Katy has used her powerful voice to advocate for children and support UNICEF’s mission to ensure every child’s right to health, education, equality, and protection. She was awarded with the Audrey Hepburn Humanitarian Award in 2016.