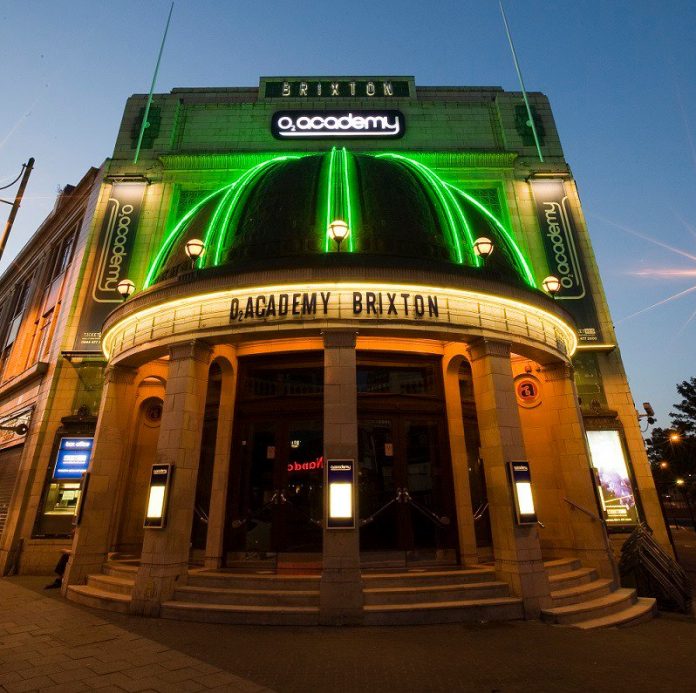 The news follows the success of Wireless Festival’s virtual incarnation, Wireless Connect, which concluded yesterday. The ambitious three-day 360° event featured new and exclusive performances from London and LA, with 70 artists representing the best of UK and US hip hop, rap, R&B and grime. Delivered by Festival Republic and MelodyVR, Wireless Connect was the first event of its kind with over 132,000 fans tuned in from over 34 countries, the MelodyVR audience interacting with the performance more than a million times over the weekend.

Live From O2 Academy Brixton will deliver live performances from artists using cutting-edge virtual reality technology, transporting the audience into the iconic London venue from around the world. Each show will be entirely bespoke and created in collaboration with artist teams, to deliver an exclusive, unique and premium event with world-class production values. Fans will be able to select the vantage point from which they watch, from multiple spots within the venue and even on stage with the artists themselves. Performances will be available in 360° and virtual reality on the MelodyVR app for anyone with a smartphone or an Oculus VR device.

Denis Desmond, Chairman Live Nation U.K. said, “We look forward to partnering with MelodyVR and presenting Live From O2 Academy Brixton which will connect artists with fans globally through the latest and exciting 360° VR technology, direct from a purpose-built studio set within this iconic and world-famous venue.”

CEO of MelodyVR Anthony Matchett said “MelodyVR’s mission is to use our innovative technology to make sure artists can keep staging amazing shows and fans can continue to experience and enjoy the live music that they love. We’ve helped to take Wireless virtual this weekend, co-creating the successful Wireless Connect, and Live From O2 Academy Brixton is another exciting venture in partnership with Live Nation. Virtual shows are here to complement and support live entertainment, and we are proud to be working with the rest of the industry to ensure that live music doesn’t stop.”

Performances will be available on the MelodyVR app for anyone with a smartphone or an Oculus VR device across the UK, USA Canada, France, Germany, Sweden, Spain, Italy, Portugal, the Netherlands, Ireland, Switzerland, Austria, Greece and Belgium. Ticketmaster is the exclusive ticketing agent for the series. Fans will be able to purchase access to each concert individually.

The full series of Live From O2 Academy Brixton to be announced soon.